As another school year begins, thousands of parents will reconvene together with local schoolteachers in parent-teacher organizations and associations.

Gathering for the purposes of support and enrichment of their local schools, these groups will have programs, fundraisers, business meetings and other activities to benefit the school building and grounds, the teachers and administrators, and of course, the students who attend.

The Bailey School Parent-Teacher Association Records in the Special Collections Division document the story and activities of one of these organizations for more than 40 years.

Founded in 1930, the Bailey School PTA formed during the era of the Great Depression. Some of its earliest activities were in support of destitute students and families. 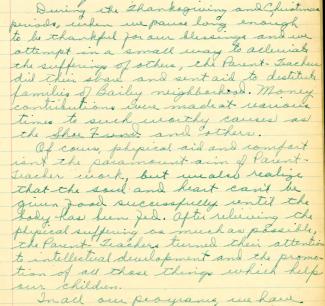 "The soul and heart can't be given food successfully until the body has been fed" wrote the PTA's Historian in 1932, as she noted donations to a "Shoe Fund" and other charities. 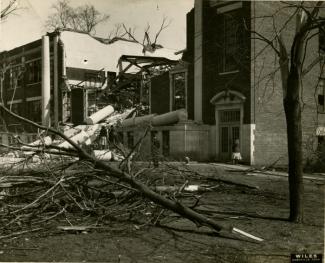 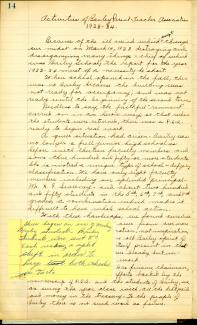 The following year, on March 14, 1933, a tornado struck the school, doing so much damage that students had to be relocated until the following spring. When Bailey was reopened in 1934, it had also been reconfigured, now hosting fifth through eighth grades. Previously known as Bailey Junior High, the PTA historian wrote that the new entity was "defying classification," because it bridged both the upper levels of elementary school, and the lower levels of a junior high. The term and concept of a "middle school" had not yet been developed.

Supporting the School and Children 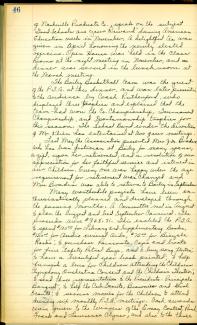 Through the years, the Bailey School PTA continued their supportive efforts. The above page from the 1953-54 school year provides a summary of typical activities: lectures on school and educational topics; school open houses; heralding the accomplishments of school sports teams; noting retirements of school staff and faculty; organizing various fundraisers, including a school carnival; expenses for school needs such as library books, bike racks, and transportation for field trips; and sponsoring a student essay contest.

Sometimes, larger themes emerge, like the Great Depression, advocacy and lobbying efforts with city and state government, and the provision of identification bracelets as part of Civil Defense efforts. The latter was an important initiative implemented during the days of "Drop and Cover", when schoolchildren routinely drilled for the possibility of a nuclear attack, much like tornado and fire drills are conducted today. 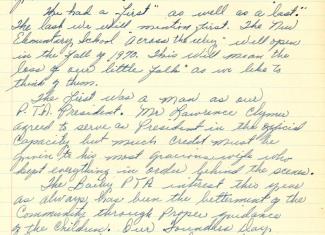 The Historian's book concludes in 1970, when Mr. Lawrence Clymer became the first man to head the Bailey School PTA, though his (unnamed) wife received much credit.

Other materials in the Bailey School PTA Records include a membership directory and a few other loose papers, including minutes and financial records for the late 1960s and early 1970s.

These records are just a small sampling of the materials to be found in the Special Collections Division relating to local schools and educational organizations.