Magazines, books and radio--reflections of their times...

We’ve seen radios answer a historical need when President Franklin D. Roosevelt addressed the American public directly in his famous “fireside chats,” offering hope and comfort as he discussed banking and unemployment during the Great Depression, and later fighting fascism in Europe during World War II. Books have also given voice to the frustrations and desires of a historical time: from the fear of totalitarian rule as imagined in 1984 by George Orwell following World War II and the start of the Cold War, to the need for women to pursue education and employment as advocated in The Feminine Mystique by Betty Friedan ushering in the second-wave feminism movement.

And so, too, have magazines addressed a historical need, as seen by the following nine titles. 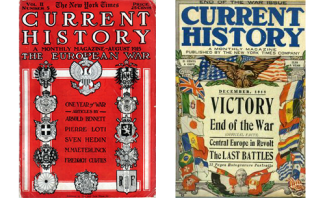 Current History was first published in 1914 to inform readers of the events of what was then thought of as the Great War.

Independent Woman was first published in 1920 after the passage of the 19th Amendment granting women’s suffrage to address issues women faced entering the professional realm.

Foreign Affairs was first published in 1922 to provide coverage of foreign policy and global affairs, an interest that developed after readers had experienced the afflictions of their first global war.

Fortune was first published in 1930 to describe modern business, encourage entrepreneurship, and provide an economic perspective on politics and foreign affairs to better understand the economic system that failed them.

Free World was first published in 1941 to champion the views of the anti-fascist, pro-Allies and the creation of the United Nation.

Education for Victory was first published in 1942 to provide youth with a secondary education as a part of the war effort on the home front, as the youth may be called on to fight in the war and were given lessons on democracy and patriotism. 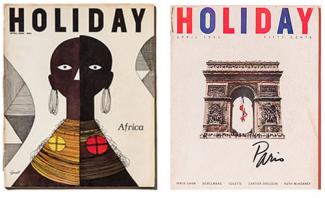 Holiday was first published in 1946 to offer readers the ability to explore different exotic parts of the world, after they were left with the startling realization of just how big and foreign the world can be.

History Today was first published in 1951 by the former British Minister of Information during the Second World War to keep readers educated and informed on the historical occurrences of the time. 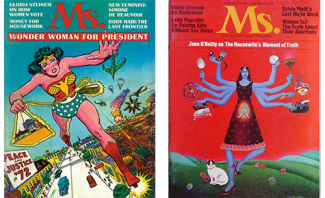 Ms. was first published in 1971 to offer women a frank discussion on feminist ideals and women’s rights.

Explore these titles and more of the Main Library’s collection of bound periodicals on the third floor in Nonfiction.

Chrissy is the Spring 2018 Library Practicum Student with Nonfiction at Main. When she is not in the stacks on a quest for a good book, she's found talking enthusiastically about her lucky loot with others.