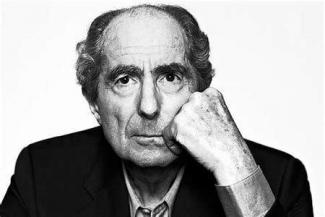 Over the course of his writing life, Mr. Roth had won every major literary award except the Nobel Prize for Literature. His first book, Goodbye Columbus, won the National Book Award (1960). American Pastoral (1997) was awarded the Pulitzer. His books are known for semi-autobiographical main characters and a modern depiction of Jewish life.

It was the novel Portnoy’s Complaint (1969) that brought Roth to the attention of a national audience. Several of his works have been adapted into films: The Human Stain, Portnoy’s Complaint and most recently The Humbling, starring Greta Gerwig and Al Pacino. Beginning in 1979, he published a series of books featuring Nathan Zuckerman as the main character. These titles began with the Ghost Writer and concluded with Exit Ghost (2007).

Philip Roth was an atheist. In an interview with The Guardian he stated: "I'm exactly the opposite of religious. I'm anti-religious. I find religious people hideous. I hate the religious lies. It's all a big lie."

Married twice, his second wife Claire Bloom penned the 1996 memoir Leaving a Doll's House. This work includes her not-so-loving recollections of the marriage.

Blake Bailey is Mr. Roth’s authorized biographer. No work has been completed at this time.

A character resembling Mr. Roth appeared last year in the fictional work Asymmetry by Lisa Halliday. Philip Roth commented on the work by his one-time friend, “She got me.”

"A life of writing books is a trying adventure in which you cannot find out where you are unless you lose your way."
–Philip Roth

Leaving a Doll's House: A Memoir