I'm not usually one for war movies. But every once in a while one will get me. Jarhead did it in 2005. And now American Sniper.

I first got pulled into this world when I saw Chris Kyle on Conan's show, I think this was back when he was still on NBC Late Night. Kyle was interesting and he told a good story. This was back when Seal Team 6 books were big, and I knew I didn't want to read one of those, but I thought maybe I could read American Sniper. Heck, Jethro Gibbs was a sniper and he was super cool.

It got pretty heavy in places, but it pulls you in and won't let you go until the good guys bring it home. I enjoyed Kyle's writing style. He might have portrayed himself as a dumb redneck, but the guy had some brains. So when his second book, American Gun, came out I knew I had to read it. Here Kyle discusses 10 favorite guns and the roles they played in shaping our country. I even mentioned this one on the Popmatic Podcast (if you're not listening, you should be).

Unfortunately, Kyle was killed while trying to help a fellow veteran with PTSD. But even before his passing a movie version was in the works starring Bradley Cooper. Cooper had a chance to meet Kyle and get to know him before any filming was ever done. Kyle's wife Taya says that the movie version, while not entirely factual in portraying historical events, completely captures Chris' spirit.

Taya shares her side of the story in her book, American Wife, which was recently released.

I didn't really plan on it, but I actually read most of her book and then watched the movie on the same day. Whew. Got kinda heavy there for a minute, but I don't know if it would have been as powerful if I hadn't experienced both in the same 24 hour period. I got to read Taya's version of events and then go back and watch Chris' side of the story. I'm not a big movie crier, but there were definitely tears, both when I read about the day Chris died as well as when I watched the movie version of his memorial. The book, American Sniper, obviously ends before Chris dies, but both Bradley Cooper and director Clint Eastwood wanted to honor the fallen soldier in film, so they showed photos of his actual funeral and depicted his funeral procession.

Again, this is not a topic I usually seek out to read, but this trilogy of books was enjoyable and moving. If you are looking for something extra patriotic as we move towards our nation's birth date, may I highly recommend any one of these works.

Thank you to all the men and women who serve and protect our homes and families. We wouldn't be here without your sacrifices. 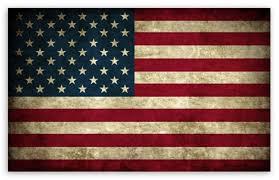