There’s no better way to celebrate National Hispanic Heritage Month than by discussing some of the amazing books by Latin American authors in the Wilson Limited Editions Collection.

It’s National Hispanic Heritage Month and that means it’s that time of year dedicated to celebrating the histories, cultures, and contributions of American citizens whose ancestors came from Spain, Mexico, the Caribbean, and Central and South America. And there’s no better way to celebrate this month than by discussing some of the amazing books that we have in the Wilson Limited Editions Collection by Latin American authors.

The Wilson Collection includes a diverse variety of authors and artists from many different countries around the world. This includes several well-known Latin American authors such as Miguel de Cervantes Saavedra, Jorge Luis Borges, Octavio Paz, Alejo Carpentier, and many more. Here’s just a small selection of books from the collection. 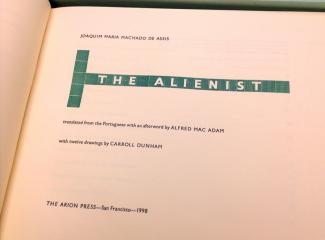 Peculiar and bordering the avant-garde, The Alienist is a story that is both about madness and full of madness. The author, Joaquim Maria Machado de Assis, is more commonly known by his surname – Machado de Assis – and is considered to be one of the greatest Latin American novelists of the 19th century. During his lifetime, he was not commonly known outside his country of Brazil but has since gained the accolades that he deserves for his writing. The Alienist is only one of his many works of literature and represents one of his most unique stories as we 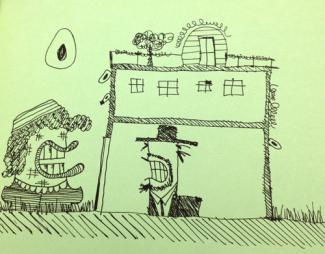 Originally published as The Psychiatrist but later translated as The Alienist, the novella follows the storyline of Dr. Simon Bacamarte as he is working to discover a universal method to cure pathological disorders and to distinguish sanity from madness. In a small town in Brazil, Bacamarte opens an asylum named The Green House where he is conducting his research. Not only does the doctor take in mentally ill patients, but also healthy citizens that he believes will soon develop some form of mental illnesses as well. I don’t want to ruin the rest of the story for you, but I can assure you that the book One Flew Over the Cuckoo’s Nest came to mind when I was researching this book.

The illustrations were created by American artist Carroll Dunham. And as a fun fact, Carroll Dunham also happens to be the father of actress Lena Dunham. I’m reminded of Picasso when I look at his work and also, the old Nickelodeon cartoon, Aaahh!!! Real Monsters. They’re definitely both related, right? Well I’m reminded of Picasso because of the lines and disorder in his work. And the cartoon came to mind in the way that Dunham illustrated each human being. It’s just odd but definitely cohesive with the story line. 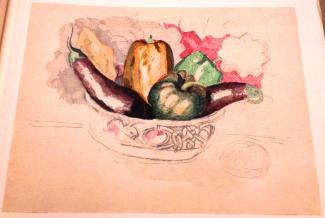 A man of many words and awards, including the Miguel de Cervantes Prize and Nobel Peace Prize, Paz is also famously known to have written Luna Silvestre (1933), Piedra de Sol (1957), and Salamandra (1962). Yale professor Gon-zales Echevarria said that Paz “was able to cull from the language of the avant‑garde the very best to create a Latin‑American poetic language.” This is well-demonstrated in Sight and Touch. The poem is about light, which Paz describes as “a wavering river that sketches its doubts and turns them to certainties” and “Light is time thinking about itself.” 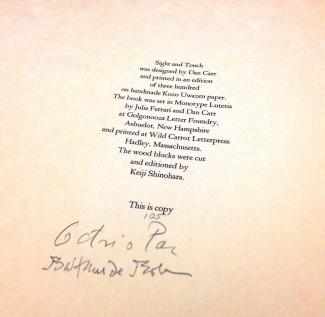 Sight and Touch is signed by both author and artist--a rare find among the Wilson books.

FrancoPolish artist and dear friend of Paz’s, Balthus, created 3 illustrations for the poem. He has illustrated several other books for the Limited Editions Collection including Wuthering Heights and Cosi Fan Tutte. Like several other recognizable artists in the collection such as Barry Moser, Jim Dine, and Thomas Hart Benton (and so many more that I could fill this page), his complete work in the collection is fluid but also unique. The LEC copy of Wuthering Heights is one of my favorite books in the collection because of the artwork. It’s honest, beautiful, and above all – cohesive with each story. There are only 3 illustrations in Sight and Touch, but 3 is all you need to match Paz’s brilliance.

The LEC published another work of Paz’s - Three Poems. I won’t go into full detail about what this book includes, but I can say that it also includes more than one translation, including the original Spanish version. Well-known artist and friend of Paz’s, Robert Motherwell, created 27 lithographs for the book. And another fun fact – it happens to be the largest book we have in the collection at 22-1/2” x 23-1/2 inches.

The Kingdom of This World 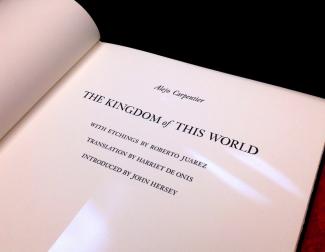 Though I already raved about how much I like Balthus’ artwork, the beautiful etchings created by Roberto Juarez for The Kingdom of this World are completely out of this world…ha, see what I did there! They’re my favorite because they provide a delicate and cultured supplement to the story line, which is essentially the story of Haiti before, during, and after the Haitian Revolution as seen through the eyes of the main character - Ti Noel.The story does not have a conventional, continuous plot but is rather more of a series of vignettes of descriptive moments throughout the character’s life.

Carpentier was inspired to write this novel after taking a trip to Haiti, where he became fascinated with the history of the country. For his research, he explored the island’s museums, libraries, and church archives. The novel was originally published in 1949 in Mexico, and translated into this English version by Harriet de Onís in 1957.

Along with Borges and Neruda, Carpentier is considered to be a founder of modern Latin American fiction. His background in other literature and culture is diverse, however, as he was born in Havana and eventually moved to Paris for 11 years. Though he returned to Cuba in 1939, he traveled throughout Europe, the United States, and South America – providing a wide range of cultures to explore and combine. 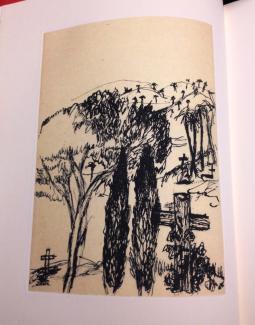 To create the unique look that almost appears to be velvet for the illustration above, he used combined methods, resulting in an image both sharp- and feathered-looking. He first drew on copper plates with a power tool that was equipped with a bit used for jewelers. He then drew straight line etchings where the lines are drawn through an asphalt ground and etched in acid.

Several of the books are always on display in the Wilson Room on the 3rd Floor of the Downtown Library. Everyone is welcome to come visit the collection at any time, and an appointment will allow you to look at any of the books up close!