Fifteen years later, we look back at the way Americans responded to September 11. 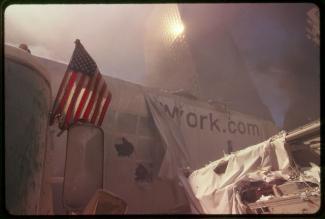 Every few decades, the whole nation stands still and watches an event that changes our lives forever. Things like the attack on Pearl Harbor, John F Kennedy’s assassination, and the Challenger explosion stick in our brains, freezing that moment in time forever. If you lived through these events, I bet you can still remember exactly what you were doing when you found out and the way you felt that day. For me, that day was September 11, 2001. Even though it was 15 years ago, I still remember the fear I felt as I watched those planes crash and tried to understand what was happening.

In 2002, The Tennessean asked readers to share their memories with the paper for its issue commemorating the one year anniversary of the attacks. As we come up on the 15th year anniversary, I revisited those responses. 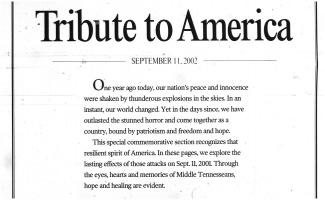 Many readers talked about the way things changed after the attacks.

Before September Eleventh our country did not show its patriotism. I too took this country for granted. I didn't realize how truly lucky I am to be living in a country with so many freedoms. - Laura

While others expressed frustration with the government's response.

The money our government is spending on the War Against Terrorism could have built bridges between U.S. and THEM, the third world country poor people who would be happy to have economic help instead of guns pointed their way. - Joanne

Others remembered the way that day made them feel.

It was the first time since I was a child that I actually felt unsafe. -  Heather

Everyone struggled to explain what was going on.

'Fireworks,' that's what my 3 year old daughter thought she was watching as she passed the television the morning of  Sept. 11th. 'Mommy, look at the fireworks, aren't they pretty?' My eyes swelling up, trying to reframe from her seeing me upset. - Tonya

I opened the doors that day and checked before my students went into the halls. I don't know what I was checking; it felt like the right thing to do. Some colleagues hugged as they passed through the hallways, something we'd never done. - Joyce

Others were struck by feelings long forgotten.

I never thought I would experience that complexity of emotions again in my lifetime that I felt on Dec. 7, 1941. I was eleven years old and on Sept. 11, 2001, sixty years late, it all came rushing back; the anger, the fear, the sorrow for lives lost... Still the greatest thing that came out of Pearl Harbor and New York was the strength of the American people. - Dorothy

As we all reflect on the country 15 years after, many of us will go through these same emotions, experiences, and realizations. Time heals the wounds and helps us continue on with our dialy lives but it does not let us forget our past. If you are interested in reading more reflections, check out the Tennessean 'Tribute to America' Collection in the Special Collections Division.

Do you remember September 11, 2001 or another iconic day? Share your story below in the comments! 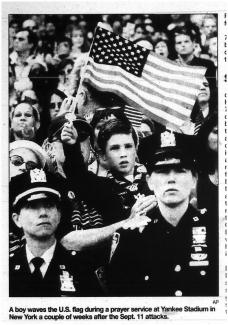