Elections and Political Ephemera in Nashville

Elections! Love them! Hate them! They will happen regardless of your viewpoint or opinion. Here is a sample of ephemera from past electoral events in Nashville.

Elections occur to place persons into a position where they can uphold a population's majority viewpoints or actions. They happen within small groups, like Parent-Teacher-Organizations within a school, school student bodies, community organizations, and further up towards city and state officials and country-wide. Each group has a set of rules and regulations that they adhere to when appointing persons in charge and also at the conclusion of their term. Nashville's first mayor was Joseph Coleman in 1806. Since then there have been 62 mayors for the city of Nashville and 7 mayors for Metropolitan Nashville, with Megan Barry being the latest elected and first woman to hold title in Nashville.

Special Collections has a large selection of ephemera (materials originally conceived to have little to no lifespan) such as pamphlets, letters, invitations, wills, etc. They span over many subjects and time periods, from 19th century railroad pamplets to autobiographies of persons who lived on historic landmarks and more. Here is a selection of items from the "Political" filings focused on elections and candidates in Nashville. 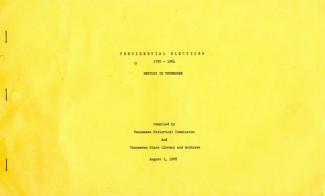 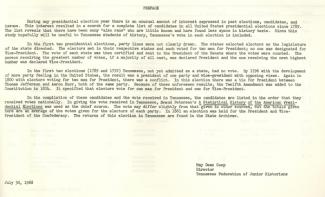 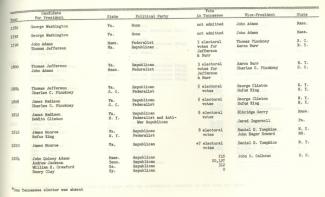 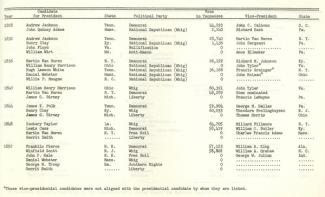 Historical data from past presidental elections and how Tennessee contributed through voting.

Some items equate to materials that are sent through the mail to promote or counteract oppositions in the political field. Many of us that receive postage mail would come across something of this nature during election time in our mailboxes. 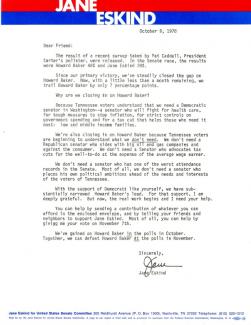 Letter from Jane Eskind asking for support in the election for United States Senate Committee chair in 1978. 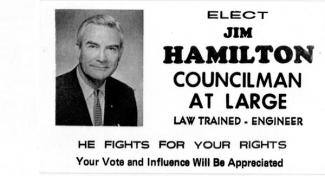 There are more ephermera files and books on elections and politics in Nasville located in the Special Collections department at the Main Library downtown.

By League of Women Voters in Nashville

Annual Reports of Departments of the City of Nashville for the Fiscal Year Ending on December 31, 1908