On January 18, 1882, the creator of Winnie-the-Pooh was born. By the age of two, he had taught himself how to read.

Milne married in 1913 and, seven years later, welcomed his only child, Christopher Robin, into the world. 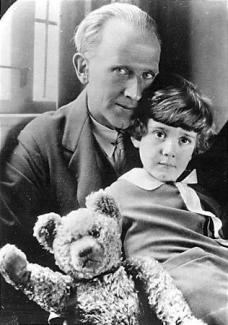 Name ring a bell? I’m sure it does! Christopher Robin, a bear he received when he was one year old, and a nearby forest all helped set the scene for the world of Winnie-the-Pooh as we know it today. Christopher Robin and his menagerie of animals were also the illustrator’s inspiration for the artwork found in the books. 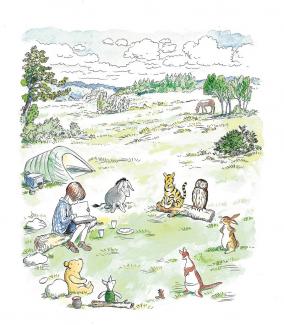 Milne wrote many other works, including novels and plays, but has always and will always be remembered for his beloved children’s classics.

But where does the name Winnie-the-Pooh come from?

The name of the cherished bear was inspired by two animals Christopher Robin met. First, Winnie. The name Winnie came from the Canadian black bear Milne and his son visited at the London Zoo. And, Pooh came about from a swan the family had seen while on vacation.

You can visit Pooh and his friends at the Main Branch of the New York Public Library, if you ever find yourself in that neck of the woods. 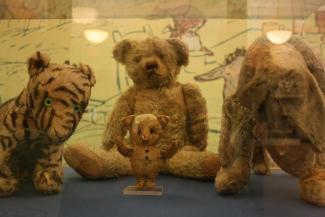 In the meantime, check out some of Milne’s works at NPL:

Cassie is a Children's Librarian at Edmondson Pike Branch Library. She can often be found reading books and singing songs, and not just at the library! Her favorite thing to do at the moment is cuddle her baby while they read phenomenal picture books and earn Read to Rise points.