If you’ve already been to your local multiplex to experience avengers, wookies, and dinosaurs in action, get ready for something completely different: Movies @ Main’s Noir Summer.

Noir, better known as Film Noir, is a genre that reflects the dark side of post-war America. Crime movies are a major staple of Film Noir. The term Noir was originally coined by a group of French film critics. To learn all about French film critics, visit your local library…

The Sniper screens on Saturday June 9th. Originally released in 1952, this film sadly remains relevant today. A lone gunman causes havoc in San Francisco. This is not an exploitation film but a serious attempt to try and understand why these tragedies happen. The Sniper owes much to Director of Photography Burnett Guffey for his excellent on location cinematography.

At seventy two minutes long, Plunder Road (screening on Saturday, July 14th) is a lean, mean heist movie. Instead of hauling nitroglycerin (watch the excellent Wages of Fear, and 1977 remake Sorcerer for that plot), the desperate men in Plunder Road are transporting ten million dollars in gold earned from a train robbery. Will they reach their destination? Silly question, as this is film noir. 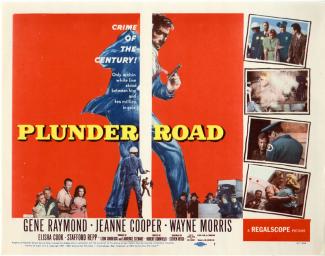 Released in 1950, The Sound of Fury, also known as Try and Get Me remains a profoundly disturbing motion picture. This post war drama deals with an unemployed ex-GI with a wife and a child to provide for. This desperate man hooks up with a criminal, which leads to tragedy. In my opinion, this film includes one of the best depictions of mob violence ever filmed. The Sound of Fury will be shown Saturday August 11th. 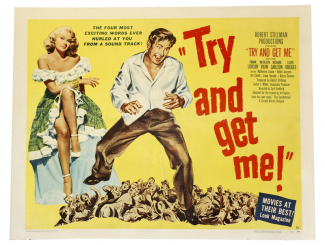 Come join us for Noir Summer. All three screenings begin at 2 pm and take place in the Main Library auditorium. And as they say in noir speak, take a walk on a street with no name that winds up in a dead end!

Bill likes all things pop culture. He hosts the Movies at Main film series and Legends of Film podcast.