The internship program in Metro Archives runs every spring and fall, and typically gives an intern the opportunity to learn about archival processing by working on one of our collections. Our intern for this past semester was Vanderbilt student, Sami Olesen, and she processed the Bernard Sanderson Collection.

Sami did an excellent and efficient job in processing the collection, and finished in plenty of time to write a blog post about it as well. So without further ado, I invite you to learn about the collection from Sami's own words... 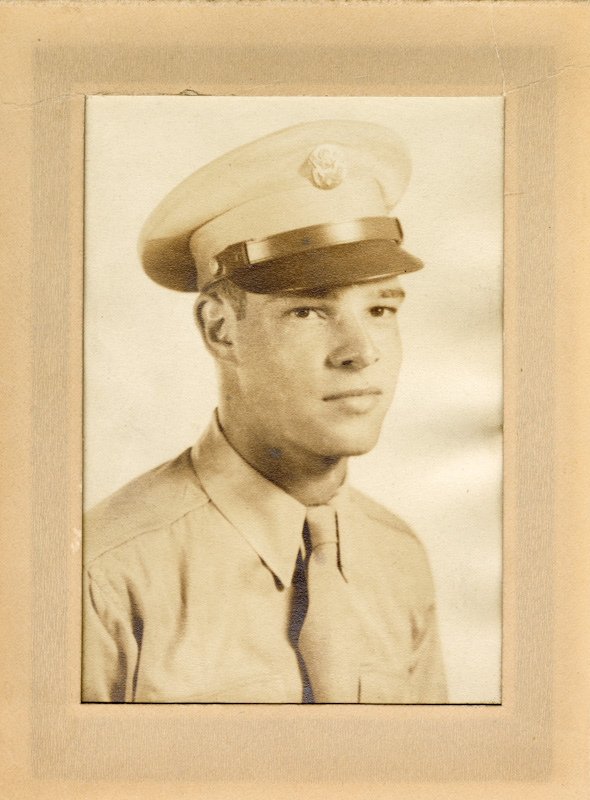 This blog post is dedicated to the remarkable and varied life of Bernard Sanderson. A Nashville native, he attended East Nashville High School as a member of the ROTC from 1935-39 before attending Vanderbilt University from 1939-41.

He transferred to the University of Tennessee, Knoxville to finish his degree but his academic career was put on hold in 1942 when he enlisted in the Army Air Corp. After completing basic training in Robinson, AR, in 1943 he began active duty. He completed Aerial Gunnery and Aircraft Armament service schools before departing for Europe on September 11, 1944.

The "Nic Crew" of the 454th Bombing Group

His deployment took him to countries such as Italy, Germany, Austria, and Czechoslovakia where he completed 29 combat missions as the ball turret gunner of the “nic crew” (named after the aircrew’s pilot John Nichols) for the 454th bombing group.

One mission in Munich exemplified the bravery and luck of Sanderson and the other members of his bombing group. The “nic crew” was ordered to perform an experimental night mission on November 24-25, 1944, which they had very little experience doing. About halfway to their destination their plane lost one of its engines due to a mechanical issue, but they decided to push on hoping it wouldn’t cause any major problems.

Once over the target they lost a second engine, and on their journey home, a third engine began losing power. Running on the power of about one and a half engines, their navigator Charles Berman decided it was best they fly over the Alps instead of wasting energy finding a way around them.

Unsure if the plane would make it back, some crew members including Bernard were asked to jump; only crew members James Angelucci and Robert Brown did. The rest dropped all unnecessary belongings out of the plane in hopes that the lighter load would increase their chances of making it out of enemy territory.

Sanderson specifically decided not to jump with the others because, as a Jewish man, his odds of survival on the ground were even lower.

Those on board the plane managed to make an emergency landing on a fighter strip with what was left in the gas tank, but did not see Angelucci and Brown for six weeks. They were deemed MIA with little faith that they could survive so long without being caught by the Germans, so other members of the 454th group were in disbelief when they appeared on base again.

The gallantry displayed by Sanderson and his crew members in events such as this led him to receive a multitude of honors and awards including an Air Medal and an EAME Campaign medal. Fortunately, all “nic crew” members made it back to the United States safely, never forgetting the harrowing events they faced.

Sanderson returned home on June 18th, 1945, with an honorable discharge. 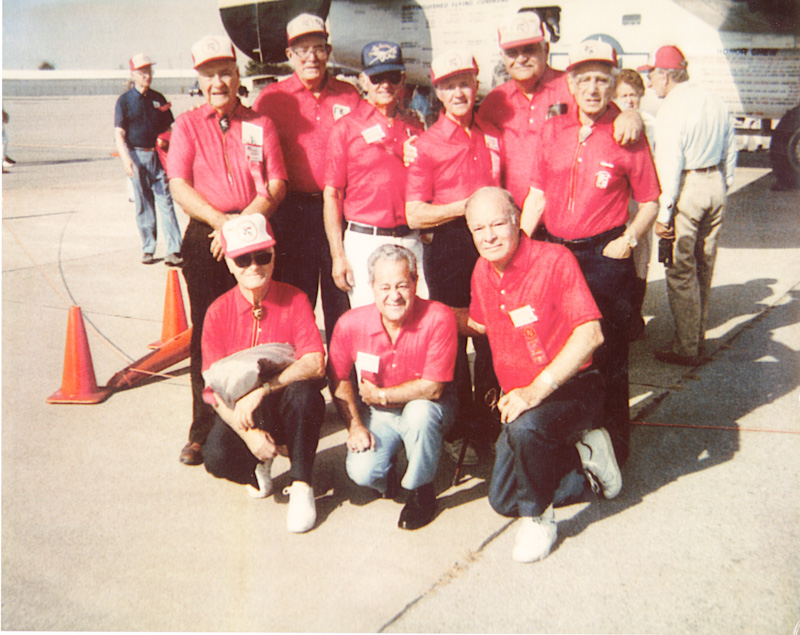 Returning to the States

While it is hard to believe that someone could experience the events that he did during WWII and find immediate success jumping back into a regular life, Sanderson made the task look easy.

Upon his return, he completed his B.A. in Animal Husbandry in 1947 at the University of Tennessee and went on to work for the Arkansas Department of Agriculture (from 1945-46), and teach for a year in Steele, MO (1947).

In 1949, he moved on to more entrepreneurial endeavors starting Hermitage Hardware. His passion for business continued when he opened Sanderson’s Variety Store in Donelson’s Merry Oaks Shopping Center in 1953.

Despite the ruinous fire that occurred at the shopping center in 1952, Sanderson found success in his business before selling in 1964.

He continued into an accomplished career in real estate, working for companies such as Irwin Wolf Realty, Blair Realtors, and Century 21 Realtors, and winning the Million Dollar Sales Award multiple times (see image of him below receiving an award).

On top of finding professional success, Sanderson was heavily active in his community. He was a member of organizations such as the Donelson Lion’s Club, Donelson Park Club, and Toastmasters as well as others. 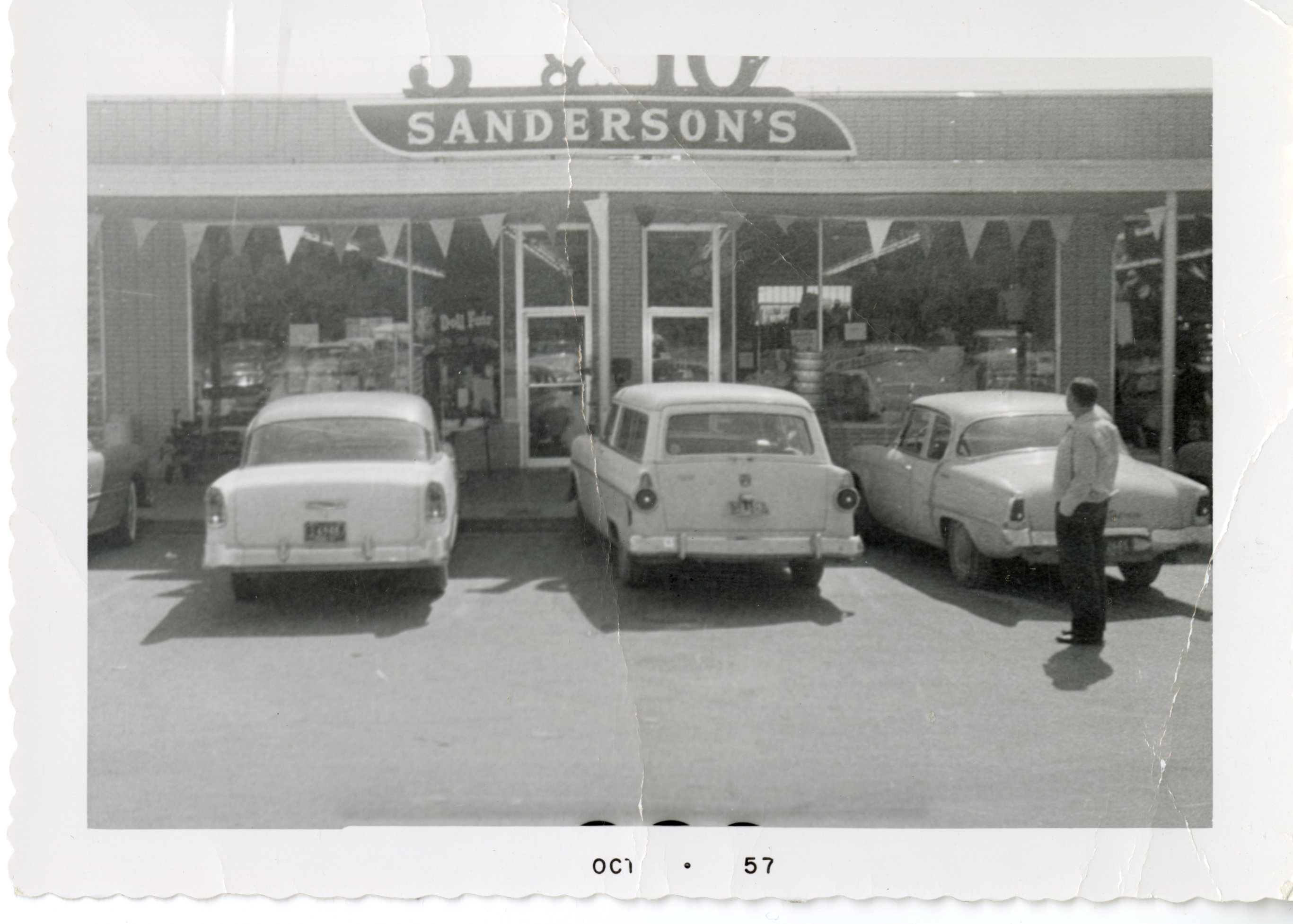 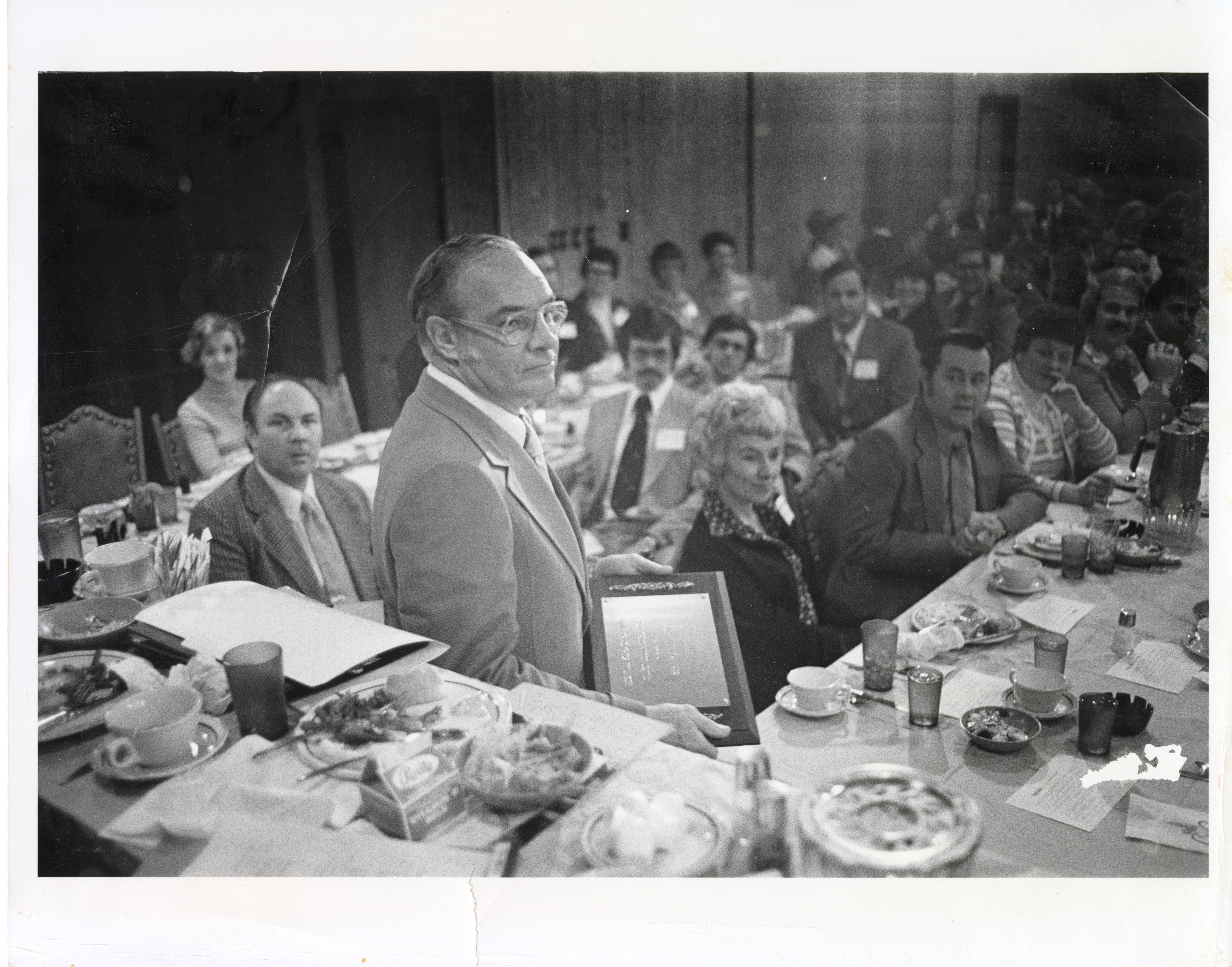 His personal life consisted of spending time with his family, fishing, and working out at the Gordon Jewish Community Center. He also spent a lot time during his retirement with his friend group “The Bagel Boys” trying local restaurants weekly.

Bernard passed away in 2010, leaving behind a noteworthy stint in the army, a legacy in Nashville, and many loved ones.