Remember, Remember the 11th of November

Though this was the first year that Metro Nashville Government closed for Veteran's Day, we've never neglected honoring the ever-important holiday. Check out some of the documents and memorabilia from Metro Archives.

Veteran's Day is a day to remember all of the men and women who have served in the US Armed Forces. This includes veteran's of all wars and battles, even though the holiday coincides with Armistice Day - which is important to World War I as being the day that the armistice was signed between the Allied Forces and Germany at the "11th hour, of the 11th day, of the 11th month" of 1918.

With our records in Archives dating back as far as the founding of Tennessee as a state, and Nashville as a city - you can imagine we have plenty of documents, photographs, and ephemera from various war and battles that have taken place. Here are just a few highlights: 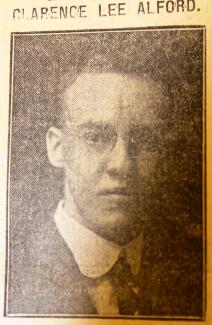 Clarence L. Alford was a Nashville native and graduate of Hume Fogg High School. After graduating from high school, Alford worked as a clerk at Abb Landis in the Independent Life Building. He enlisted in the US Army Expeditionary Forces in 1917, and spent many of his years of service in France. When he returned, he resumed his job, and also married Marie Louise Hall on Christmas Day,1930.

The collection primarily consists of letters, photographs, post cards and military records from his time in France. Check out a few of the postcards above in the slideshow.

The title "to kill fleas for a living" is a reference to Alford's future intention when he was in high school. The Senior Class Calendar below from a Hume Fogg scrapbook, lists the seniors' names (and nicknames), familiar sayings, peculiar characteristics, and future intentions. I think I included another similar copy in a previous post about former education. It's pretty interesting, I wish yearbooks still did that. 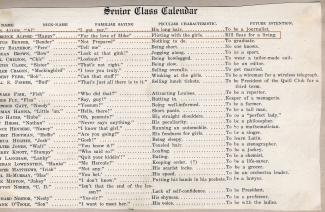 "Victory Over Japan" Day was the day best remembered as the day that Japan surrendered unconditionally to the Allied Forces, officially ending World War II. This day is recognized on August 14th-15th, and also again on September 2nd as that was when Japan formally surrendered on board the USS Missouri, which was anchored in Tokyo Bay. Naturally, cities around the country were celebrating when Truman made this announcement. We recognize New York City as being one, thanks to the iconic Life magazine photo of "the kiss" - when an unidentifed sailor grabs and kisses an unidentified nurse in Times Square.

But Nashville has its own celebratory photos from the momentous day. The photos in the slideshow above show different areas and people around town celebrating. One street that's identifiable is Church Street, that included a parade of people and vehicles going up and down the street. 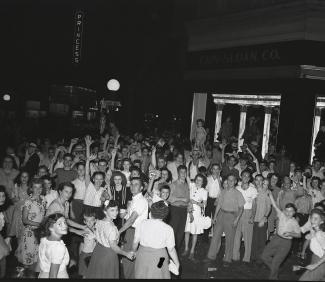 "A date which will live in infamy..."

This is a collection that I recently discovered when searching for photographs of presidential visits to Nashville, and I'm eternally grateful because it's one of incredible quality and prominence. The Jacob McGavock Dickinson Collection is named in honor of a Nashvillian that was the U.S. Secretary of War under Pres. Taft from 1909 to 1911, and was admitted to the Tennessee bar in 1874. Among the many gems in this collection, the Nashville Banner clipping in the above slideshow is unique in its date and contents - December 8th, 1941. If that doesn't ring a bell, this is the day after the Japanese attacked Pearl Harbor, ultimately leading to the United States' entry into World War II. 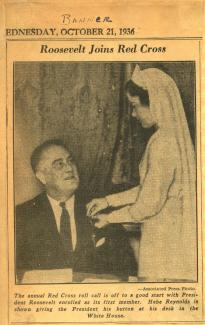 Even though this post comes just after Thanksgiving, I wish you all a belated but still very Happy Thanksgiving! 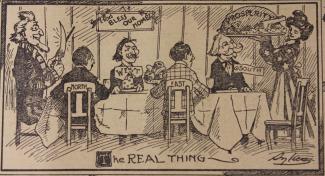