The Ryman is the Soul of Nashville

Nashville Public Library is excited to help celebrate the 125th anniversary of Ryman Auditorium and host Ryman Auditorium: Soul of Nashville, a brand new art exhibit exploring the iconic venue’s rich history. The exhibit is on display at NPL’s Main Library downtown from October 21 through February 25. 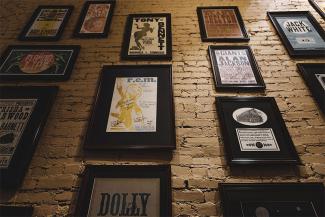 Swing by the exhibit and learn more about riverboat Captain Thomas G. Ryman, Reverend Sam Jones, and the legendary Lula C. Naff. You’ll be dazzled by the diverse range of artists who have performed at one of the most iconic venues in the world. 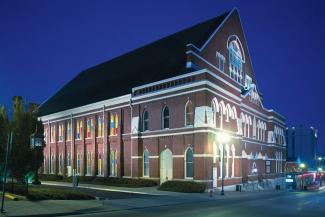 “Inspiration is a powerful force. It builds buildings. It built this one.  It alters the course of an entire city’s future.  It creates new genres of music.  It ignites performances that live on long after those who gave them are gone.  It makes what might seem impossible, possible.  Inspiration changes lives.  Inspiration changes the world.”
–Emmylou Harris

It was religious inspiration that took the Union Gospel Tabernacle from dream to reality. Opened in 1892 by Thomas G. Ryman as a house of worship for any domination, the Union Gospel Tabernacle quickly became a gathering place for all Nashvillians. After Ryman’s death in 1904, the building was renamed in his honor and went on to host some of the finest entertainment of the era: Tullalah Bankhead, Charlie Chaplin, Katharine Hepburn, Metropolitan Opera of New York and more all graced the Ryman stage.  From 1943 to 1974, the Ryman secured her foundation as the Mother Church of Country music as home to the Grand Ole Opry.  Johnny Cash, Patsy Cline, Loretta Lynn, Dolly Parton and Hank Williams got their start on the weekly radio show. An entire genre of music was born on the Ryman stage on a winters day in 1945 during a performance by Bill Monroe and His Bluegrass Boys.  Their unique sound continues to inspire singers and musicians to this day. 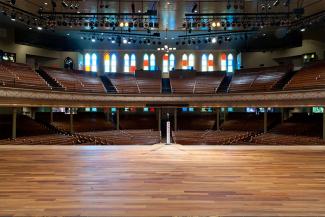 In March of 1974, the Opry moved to a new, larger location and the Ryman would remain dark for the next twenty years.  It was Emmylou Harris’s Grammy-winning album “At The Ryman” (recorded in 1991 before a live audience) that was the catalyst for the Ryman’s rebirth and reopening in 1994. Garrison Keillor credits A Prairie Home Companion being inspired by that final Opry in 1974.  It was fitting, then, that the NPR show was the first performance at the newly reopened Ryman in 1994.  Since then the venerable venue has gone on to win the prestigious Pollstar Theatre of the Year award nine times along with garnering many other industry accolades.  While offering a diverse lineup and thriving concert schedule (with over 200 shows per year), the venue is also open for daytime tours year-round.  A coveted under-play for many, her iconic stage has seen the likes of Bruce Springsteen, Mumford and Sons and Garth Brooks in recent years. 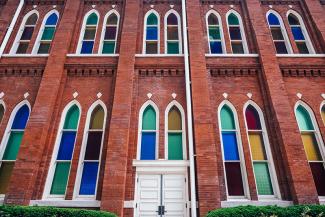 The Ryman has become more than just a place for entertainment; it has become the Soul of Nashville.