Lauri Newell doesn’t think of her life as extraordinary.

“But then again,” she says, “I’m getting to nurture my family and our dreams at the same time."

For weeks, the Votes for Women project has been telling stories about women in Nashville whose names you probably know—community leaders, CEOs, the heads of local nonprofits.

But what about other women in Nashville? They’re also at the heart of what Nashville Public Library (NPL) does every day—and the issues, challenges, and opportunities they experience are at the core of the Votes for Women mission.

So, as we approach the summer 2020 opening of Votes for Women, we’re taking time now to introduce you to women whose names you might not yet know … but whose stories, insights, and accomplishments are worth discovering. 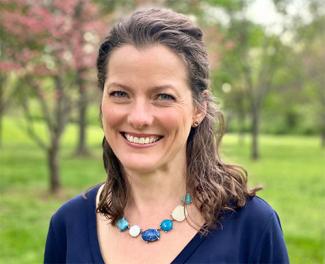 Lauri and her husband Jon married when they were just 20 and 21 years old. They shared a dream of Jon becoming a professional musician and also of building a close-knit family.

Watching the joy her grandfather had in his pediatric ophthalmology career, Lauri had learned the value of doing what you love. Still, they ended up working good jobs that were not particularly fulfilling.

In 2003, after suffering a miscarriage, they reevaluated their lives, asking themselves, “What should we do, since we’re not starting a family right now?”

They decided to focus on other dreams for the moment—specifically, Jon’s dream of pursuing a musical career. They moved to Nashville: Music City.

As her husband navigated the circuitous path to full-time music work, Lauri took all kinds of jobs—from nannying and teaching to office jobs.

Now, sixteen years after moving to Nashville, Lauri’s house is bustling with the sounds of three homeschooled daughters and a couple of younger “siblings” whom Lauri cares for as a nanny. Add to that the sound of Jon working in the same house as a composer for TV, and you catch a sense of the symphony their lives have become.

Throughout their homeschooling journey, she has thought, “This is fantastic—to have the freedom to learn together!” Lauri also teaches seventh and eighth grade writing for her homeschool co-op.

Her oldest daughter is a voracious reader who “tore through” the entire Boxcar Children series by the first grade.

“It’s a challenge to find books that match her interests with her advanced reading level skills,” Lauri shared.

Fortunately, Lauri and her family “...love love love the library!” and visit the Edmondson Pike branch often. Lauri enjoys connecting kids with books they’ll adore. In fact, she thinks maybe she was secretly meant to be a librarian.

Learning and Other Accomplishments

Even as she ensures her children learn everything they need, Lauri hasn’t stopped expanding her own knowledge and skills. For instance, she’s currently learning to play the cello and speak French. She also authored and self-published a book, Kitchen Rescue for the Not-So-Organized.
*Update, April 2021: You can learn more about Lauri as a professional organizer on her website, victoryoverchaos.com.

Over the years, Lauri discovered that to stabilize and ground herself, she needs creative pursuits. They help remind her of who she is as an individual and help prevent her from drowning in others’ needs. This goes hand-in-hand with what she knows about her Enneagram personality type: The Helper.

Creativity, art, and music—Lauri says all are helpful in ensuring her continued growth and strong individual identity.

“I take inspiration from everywhere and anywhere!”

Lauri is inspired by and takes strength from solitude and creativity—writing, journaling, blogging. She focuses on answers to the question, “What is restorative for me?”

“If I have a free hour, sure, I could scroll on my phone,” she says,  “But does that really replenish my energy? The time’s better spent staring meditatively out the window, or by just having a cup of tea on my porch.”

Her partnership with her husband is what Lauri says has influenced her most strongly. “Who we attach ourselves to makes the most difference in our lives,” she said. For instance, they have a pact only to speak positively in their home. That, among its other benefits, suffuses their worldview with optimism and helps their children appreciate the kindness people can show toward each other.

“I would be a totally different person if I had married someone else.”

Lauri has also taken inspiration from biographies of powerful women such as Eleanor Roosevelt and from books like The Artist’s Way and Julia Cameron’s other works.

She takes time to recognize the beauty in everyone she meets, which is also inspirational. She concentrates on how her actions impact others. She longs for continued communication and collaboration toward positive change—worldwide, of course, but she believes it starts at home. She’s a “think globally, act locally” kind of person.

Lauri Newell doesn’t think of her life or herself as extraordinary. We disagree.

Women, Power, and the Future

When it comes topics surrounding women's power, Lauri has a lot to say.

A woman’s power is also a prominent subject at NPL. It’s a topic our library will explore in depth this year with Votes for Women. 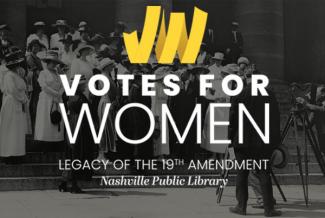 Set to open summer 2020, our new, permanent exhibit explores the history of the women’s suffrage movement, the progress we’ve made to empower women and girls as equal stakeholders in our society, and asks the question: what comes next for women in our world?

We asked Lauri a few questions on the topic, and below, we’re sharing her answers.

How have women’s roles changed?
I feel good that I’m being honest when I tell my girls “You can do anything.”

What’s something you would tell young women and girls today that you wish you’d known when you were their age?
The way you present yourself matters. Of course who you are is more important than what you look like, but your appearance can be your ally: it can reflect your confidence and self-respect.

I used to think that it doesn’t matter at all what you look like, but I’ve learned that it’s important to appear as the person you are and aspire to be. It’s all about self-respect: if we dress as if we don’t respect ourselves, why would we expect anyone else to respect us?

What form of power do you not have that you wish you did?
I wish I had the power to:

The Artist's Way: a Spiritual Path to Higher Creativity

The Woman's Hour: the Great Fight to Win the Vote

Allison is a former front-line librarian who now works behind the scenes for NPL's Marketing & Communications Team.