From Market to 2nd Ave: A Look Back at One of Nashville's Oldest Streets, Part 1

Anyone else feel like you've aged 10 years in the past four weeks? Or just me, that's fine *sigh*.

With what happened at the U.S. Capitol on January 6th, the memory of what took place in Nashville on Christmas Day may have been pushed to the side, so allow me to remind you...

Early Christmas morning, at the end of a somewhat arduous year, a Nashville citizen parked his RV (rigged with some kind of explosives) downtown on 2nd Ave N, near Church Street, and detonated it sometime around 6:30 a.m. It damaged several of the buildings on 2nd Ave, especially those closest to Church Street.

Without digging into the more complicated details of why, here's a link to NPR's story if you're interested, I'm simply going to use that event as a catalyst into reviewing the history of 2nd Ave; after all, this area of town is pretty much the oldest part of the city. And when I started this, like most of my blog posts, I kept finding more information, so this is 2-part series now.

Read on if you'd like to learn a little bit about the street's history, or feel free to simply scroll the slideshow of 2nd Ave throughout the last few centuries, or view the images of the aftermath of the bombing on Christmas Day, provided by Metro Photographer, Michael Bunch... 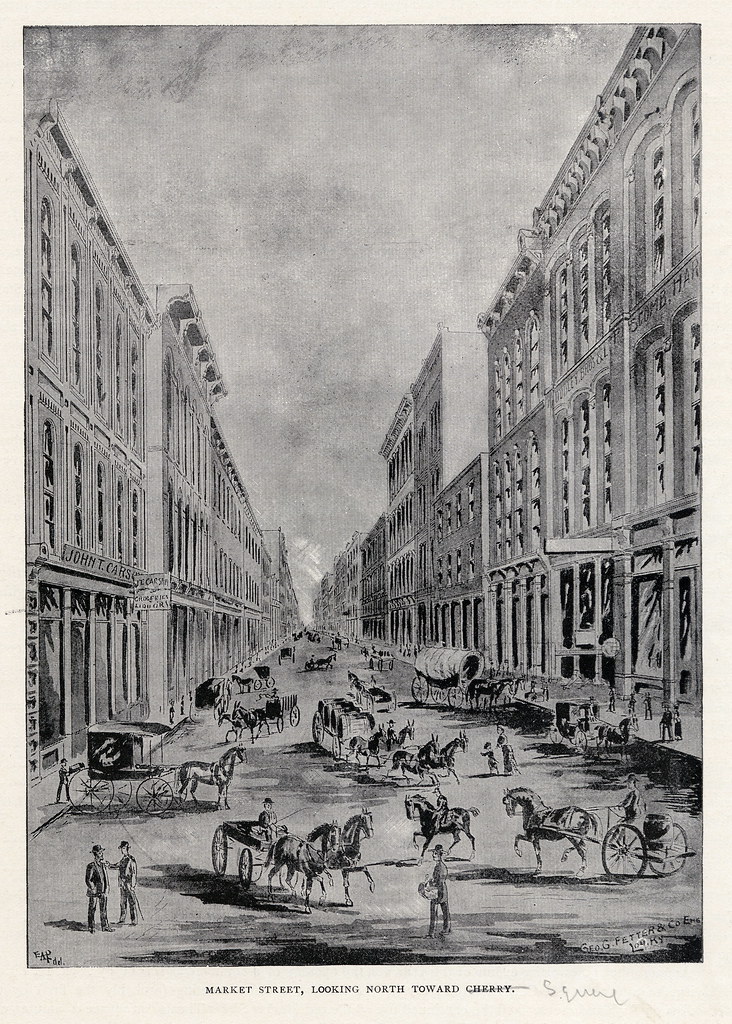 The street we know today as "2nd Ave" has seen a lot of time pass over the years, but first with its original name of "Market Street". UPDATE from this actually; I recently read that in Nashville's early, early days (pre-statehood), the street was first "Main Street", pretty generic. But was then named "Market" when the first store was opened in 1786.

The land that would eventually expand to add more businesses and buildings to the street was first purchased in 1784 for about 4 English Pounds, and if I did my Google search and conversions right, that's equal to roughly £600 today, or a little over $800. Still seems like a steal, I think.

The land was dubbed "Market Street" on the original plan of the Town of Nashville, and its location next to the river was advantageous to the warehouses and early wooden buildings built here. In fact, in Lee Ann Thornton's Victorian Memories, she says "the Cumberland River played a large part in the 19th century development of this district."

Various items were brought in on riverboats - food, produce, and other necessities - and received on the Front Street side; the Market Street side would then sell the items. Sounds like logistics handled reasonably.

I've been going through our Nashville City Directories and indexing the businesses that were formerly located on Market Street/2nd Ave. Unfortunately it wasn't until around 1910 that the directories started providing a reverse index by address first, so most of what I have starts in 1911.

The first business on Market Street, before it was Market Street, was a dry good's store established by Lardner Clark. Here's a few of the other businesses that resided on Market Street prior to 1900 (I'm not including the exact address for all since the numbers don't match today)... 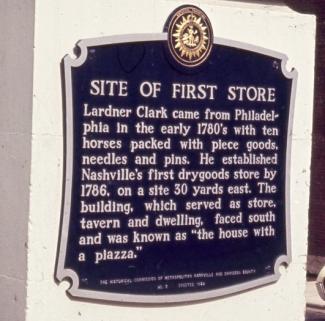 Grocers and Butchers (Just a small sampling of what once existed)

Clothing and Tailors, also in 1859 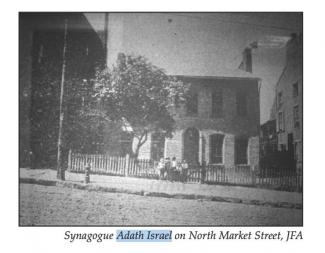 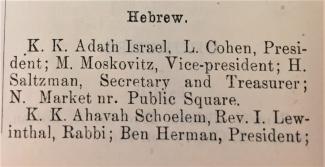 And one I can't identify, a "Brass Founder" - James Moffett.

As I continue researching for the next post, check back as I find more businesses to include.

It was after the Civil War when the city changed the look of Market Street by replacing the existing wooden structures with brick buildings, and there were storehouses built a full block for an entrance to the wharf.

The Victorian-style architecture was used to put on display the "newly-acquired wealth" by the merchants, explained more thoroughly in Thornton's book. The window treatments are apparently what's distinctive of this style...

"Distinctive to the period are arches surmounting either rounded or trabeated windows. Also common is the use of overscaled brackets to support a crowning cornice projecting up into a pedimental form."

Some, not all, of the 2nd Ave buildings still standing today were built between 1870 and 1900, standing against several other disasters that have hit Music City in the last 100+ years, like the many floods.

In part II of the series, I'll talk about the 20th century history of 2nd Ave, mostly focusing on 2nd Ave N between Broadway and Church, since that's where the bombing took place.

The addresses on 2nd Ave N that were impacted either with severe or minor damage are:

Check out part II next!