In 1963, Nashville consolidated its government with Davidson County to form a metropolitan government. Some improvements were coming in the form of added services, new schools, and new libraries. Councilperson Don O’Guinn introduced legislation for a new Donelson Branch Library in the suburban Donelson community, which would be the eighth branch library in the city.

The site of the future Donelson Branch Library contained a duplex-style house and was purchased for $30,000 (equivalent to around $282,000 today). The original intention was to convert the ten-bedroom, three-bath duplex into a library through extensive renovation.

However, by 1965 it was decided that a new building would be constructed, and bids were accepted.

Many stipulations from the building program were reflected in the final design of the new branch, including these:

“Entrance and main public areas should be at ground level. […] A [disabled] person or a person in a wheelchair should be able to come into the library without any obstructions.”

“The present branch libraries in the Nashville system should not be used as models upon which to base the design or the floor plans of the new branch.”

“A contemporary design is desirable, with the emphasis upon open spaces, with minimum of restrictions, partitions, and supports.”

In the end, Taylor and Crabtree won the bid to design; Elrod Construction became the builders. Construction began in late June–early July, 1965. The total cost of the library would be $142,000 (equivalent to around $1.4 million today) – of which $83,000 was federal funds and $150,000 Metro bonds. 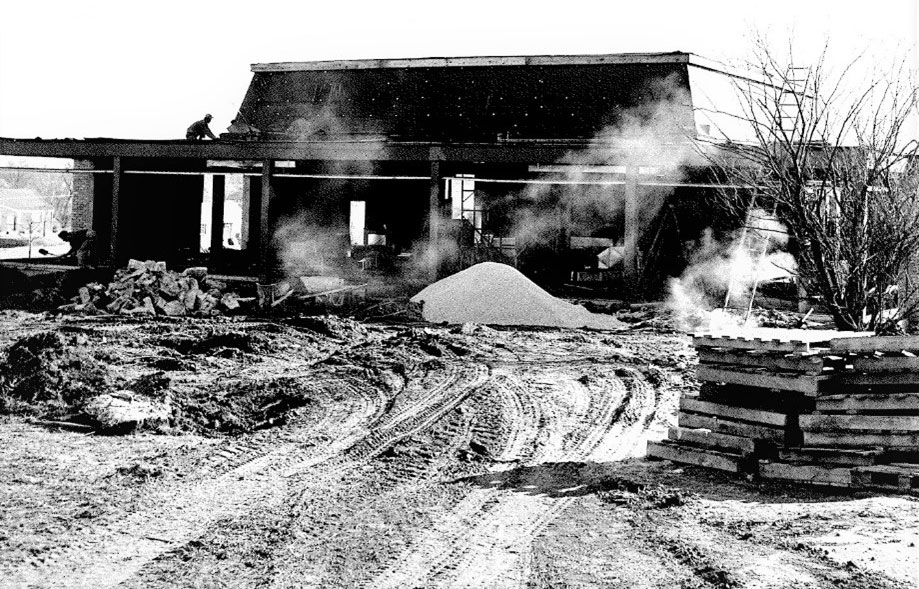 The finished building, a total of 7,344 square feet, had been constructed using “Sulphur Lick Brick” and included an unfinished section of the basement (later to be used as the book sale room), a main reading level, and on the bottom floor was an expansive meeting room with a kitchenette. 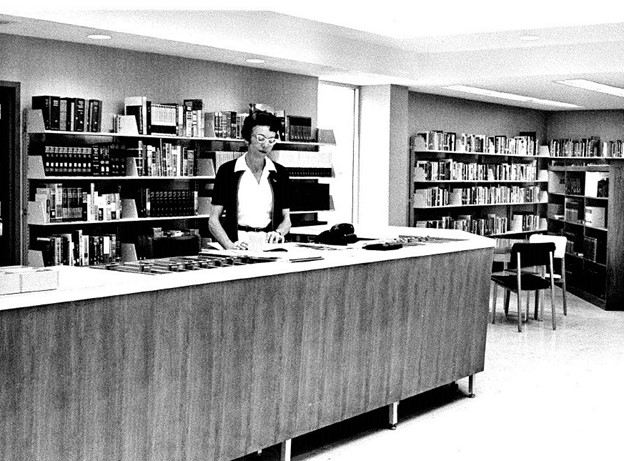 The upper floor of the library had a white ceiling with white vinyl floors. Three large skylights bathed the branch in natural light along with the large picture windows on the north-facing side of the building. Underneath two of the skylights, hanging planters were filled with greenery from Embassy Flowers. The furniture in the branch was upholstered in orange, yellow, green, blue, and red, and had yellow wallpaper. The children’s area featured a deep-pile yellow rug and a low table.

The opening ceremony for the library was first scheduled for January of 1966, then was pushed back to July 1, and was changed again to the final date of June 26. The day was warm, with a high of 95 degrees and a low of 70 degrees and no precipitation. Originally, Mayor Beverly Briley was scheduled to cut the ribbon but something must have arisen to interfere, because in the end his wife performed the honors. At opening, the branch had approximately 15,000 items in its collection. (Today, the collection at Donelson has approximately 25,000 items.) 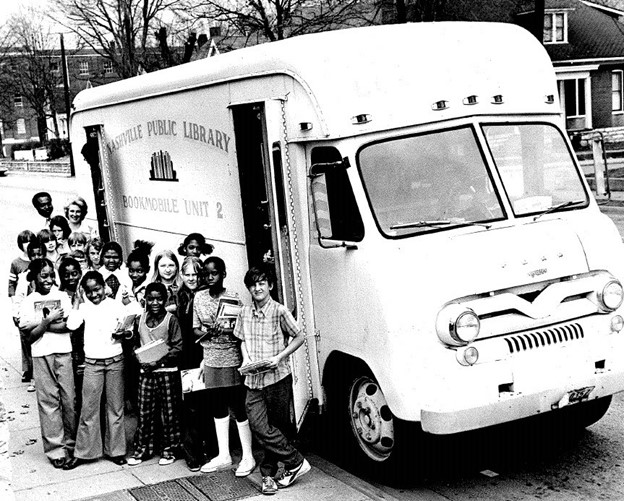 The Need to Keep Pace with Change

Since opening, the branch has gone through numerous changes, both big and small. A photocopier—state-of-the-art technology at the time—was introduced shortly after the branch opened in September 1966. The bookmobile was moved from the East Branch library to be serviced through the Donelson Branch library sometime after that. In 2008, a large renovation expanded the public bathrooms, added a new staff restroom, and removed two windows (one on each floor) in order to install an elevator between the two floors of the building.

The Donelson Branch Library has adapted ably to the changing community in Donelson, and the staff of the branch have served that community with honor. However, the existing branch is no longer suitable for modern library service. A lack of space for an adequately-sized collection, lack of study rooms for individual use, and an insufficient number of electrical outlets are all evidence that the time is right for the library to move to a new home, from which it can continue to serve Donelson for at least another 60 years. 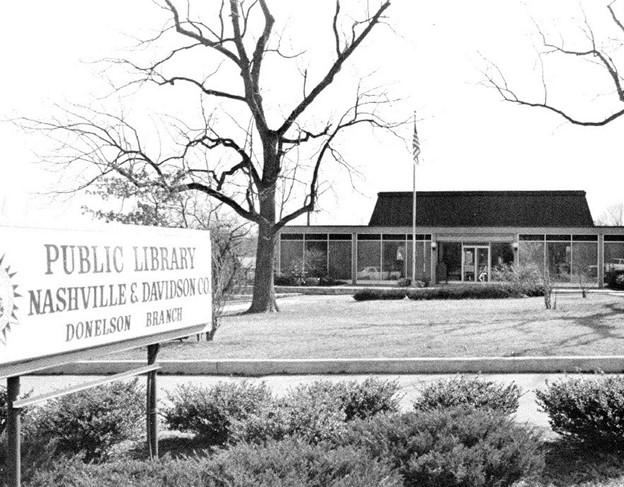 Our new building will be a 25,000-square-foot, LEED-certified marvel featuring five study rooms, three program spaces, public art, and more. However, it is important that we recognize the distinguished service of the current branch and the importance that its success played in the approval of a new facility for Donelson. Your support of the branch and the library demonstrates the need for more and improved ways for us to support you in return.

Thank you for being our Friend.

Ryan Darrow is the manager of the Donelson Branch Library. He has worked for Nashville Public Library since 2010. He loves to rollerblade and visit water parks and he likes to read short stories, horror, and true crime.