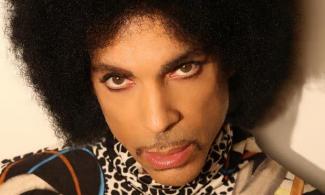 The Minneapolis native sold more than 100 million records during his career, won seven Grammy awards, and was inducted into the Rock and Roll Hall of Fame in 2004. He started writing songs at age 7 and is best known for hits "Raspberry Beret," "1999," and "Little Red Corvette."

Prince won seven Grammys, a Golden Globe, and an Academy Award for the best Original Song Score for Purple Rain. Rolling Stone magazine named Prince number 27 on its list of the 100 Greatest Artists of all time.

The 1984 film, Purple Rain, is regarded as one of the great rock musical drama films of all time. The soundtrack was the first Prince album to chart at number one and featured "When Doves Cry"…..which we can expect to be hearing again and again and again in days to come.

Prince remade genres and mixed influences from funk, rock, and R&B. His unique onstage performances showcased his supreme musical talent and mastery of vocals, guitar, keyboards, and drums that mesmerized fans for over three decades. His 2007 Super Bowl performance introduced a new generation of fans to his genius.

Prince performed at The Fox Theatre in Atlanta last Thursday night - the second of two back to back sold out shows. Prince made what is believed to have been his final public appearance on Saturday at a dance party in Minnesota.

Check Out Music from Prince's Catalog