You Will Not Be Forgotten

It's been a rough week: we've lost some talented people. Longing to know more about Gwen Ifill, Leon Russell, Leonard Cohen, or Janet Reno? We offer these selections.

She wasn't just a pro in front of the camera; she was first and foremost a wonderful print journalist. The Breakthrough: Politics and Race in the Age of Obama offers her unique take on the election of our 44th president.

The Breakthrough: Politics and Race in the Age of Obama

Singer-songwriter Leon Russell is the subject of this captivating film, A Poem is a Naked Person. Les Blank filmed Russell and his band performing in concert and in the studio during 1972-1974. The film was held up for years due to commercial and creative differences. The wait was worth it.

A Poem is a Naked Person

It’s four in the morning and you’re looking for something to read to quiet the endless loop of Hallelujah in your head. Pick up a copy of I’m Your Man, the definitive biography of Leonard Cohen. This review quote says it all “The book is a seductive tribute to a master seducer.” We've got Cohen’s volumes of poetry and dozens of recordings in the Nashville Public Library collection. But you already know that, don’t you?

I'm not fancy. I'm what I appear to be. -Janet Reno 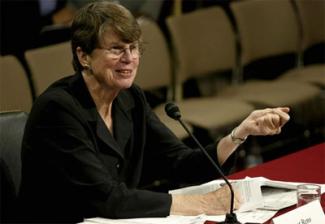