Exploring the holdings of Main Library’s Special Collections, I stumbled upon a local figure I hadn’t heard of before—Robert Churchwell. Hired by the Nashville Banner in 1950, Churchwell was the first black journalist and full-time reporter for a Southern newspaper. 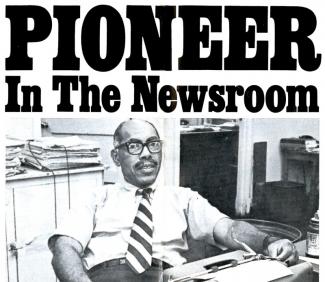 Robert Churchwell was hired by the Nashville Banner amidst the early rumblings of the Civil Rights Movement in the 1950s. Nicknamed the “Jackie Robinson of Journalism,” Churchwell was the first to cross the color line at the all-white newspaper, much like Robinson when he joined the Brooklyn Dodgers baseball team in 1947. Knowing something about the early ideology of the paper, I was surprised to learn that the Banner was first to hire an African American person rather than Nashville’s other daily paper, the Tennessean, which hired religion writer W. A. Reed Jr. in 1960. As Frist Art Museum curator Kathryn E. Delmez explains in their catalog for the photography show We Shall Overcome: Civil Rights and the Nashville Press, 1957–1968, The Tennessean was a more progressive publication while the conservative Banner was “less interested in covering events related to racial issues.” I wondered what Churchwell experienced as the first black man hired to work at a Southern, white-owned newspaper, and what local history he captured in his writing. Luckily, I was able to find answers in our own collection. When the Banner shuttered in 1998, the owners Irby Simpkins and Brownlee Currey donated the newspaper’s archives to Special Collections for the public’s use, and in 2002, Robert Churchwell and his wife Mary were interviewed by Nashville Public Library as part of our Civil Rights Oral History Collection.

The transcript of Churchwell’s oral history revealed much about his life and time at the Banner. A Tennessee-native, Churchwell graduated from Fisk in 1949 as an English major. He didn’t have any formal journalist training but, he explains, “the writing bug had bitten” him and, as a hobby, he began writing letters to the editor of The Tennessean and a regular column for The Commentator, a weekly African American newspaper. Banner executive editor Charles Moss would later remember that in 1950, publisher James G. Stahlman was inspired to hire Churchwell after deciding that “the Negro community deserved the full run of the news.” Before Churchwell’s full time employment, the Nashville Banner did employ part time black reporters who wrote for a separate “slip page” of African American news. It was published to circulate in black communities but its readership had declined. The Society of Professional Journalists, who honored Churchwell posthumously in 2009 with a Lifetime Achievement award, suggested that in fact the Banner didn’t hire him “to show its racial integration agenda, but rather as a business decision to attract black readers.” Indeed, for the first five years of his employment, Churchwell worked from home because the Banner office, like all of Nashville and most cities in the South, was segregated. Regardless of the reason behind the offer, Churchwell accepted the position, recognizing that the job would be a great opportunity to bring attention to issues and people that would otherwise be ignored by the white-owned paper. 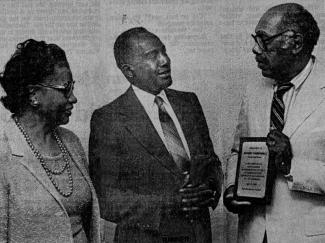 Churchwell receives an award from the Nashville chapter of the NAACP for his achievements in journalism and his contributions to the community. Jamey Williams (l.), Rev. Andrew White (m.)
-Nashville Banner photo by Owen Cartwright; 1981

In 1954, the Brown v. Board of Education case established that segregation in public schools was unconstitutional. Perhaps in reaction to that case, Churchwell got a desk at the Banner offices and was assigned to the education beat, writing a column entitled “Negro Citizens Activities” dedicated to civic-education activities in the black community. Here in Special Collections, we have a clippings file for the column with articles from 1957-1974. The articles are resoundingly positive and highlight the achievements and activities of black businesses, organizations, and individuals including women’s civic leagues, Tennessee’s HBCUs, Nashville’s NAACP chapter, local gospel singers, and even high school students who received scholarships. In his oral history, Churchwell states that once his articles started being integrated throughout the paper, the Banner received many complaints from white readers and even lost some subscribers. They were particularly upset about seeing photographs of African American people. It doesn’t appear the the Banner changed anything to appease these white subscribers.

In the 1950s and 60s, Nashville was a hub for Civil Rights activity. Although Churchwell expressed interest in covering the downtown sit-ins and other demonstrations organized by black citizens, he was not sent out by the paper to cover any “social news.” However, as you read through the column, his political consciousness is evident in his writing. Churchwell always took care to cover “firsts” and other underpublicized instances of integration, such as the 1966 appointment of Adolpho A. Birch Jr., the first black judge in Nashville, and the 1964 admission of African Americans to the Nashville Area Chamber of Commerce. Churchwell also reported on topics such as housing, urban renewal, health care, and family life. Churchwell worked for the Banner for 31 years, retiring in 1981. In 2002 at the age of 85, Churchwell began writing for R. H. Boyd Publication Corporation’s paper, The Union Review. After his death in 2009, the Metro school board changed the name of Wharton Elementary School to Robert Churchwell Museum Magnet Elementary School. A respected and beloved member of the Nashville community, he was recognized for his journalistic achievements by the NAACP, the Sigma Delta Chi Society of Professional Journalists, and the Society for Professional Journalism. His papers were donated to Emory University.

After reading the transcript of his oral history, what struck me most was Churchwell’s willingness to discuss the stress and depression associated with his time at the Banner. He tells the interviewer that he was routinely excluded from office culture and regularly endured casual racism. He says that it made him “feel terrible” and like he ought to quit. But with a wife and five children to support, Churchwell felt immense pressure to keep his job at the Banner. Often, when we talk about desegregation, integration, and the Jackie Robinsons of our society, we tend to focus on the victory and the finish line, glossing over the struggle, danger, and trauma experienced by these individuals. Churchwell endured much for the opportunity to turn a spotlight onto the triumphs and strengths of his community. His work is an invaluable part of our collection and Nashville’s history. 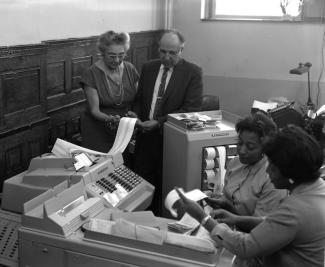 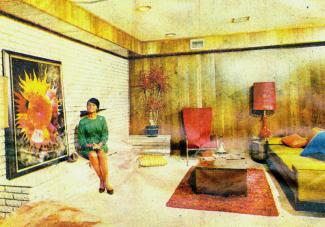 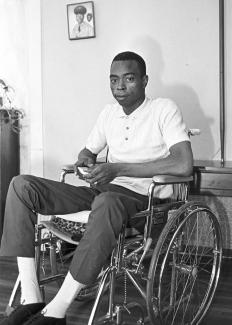 “This is every man’s country and I figure every man should defend it.” - Sgt. William Edward Humphrey, volunteered for two tours in Vietnam.
- Nashville Banner photo by Don Foster; 1966 We shall overcome: press photographs of Nashville during the Civil Rights era Jackie Robinson and the integration of baseball

Black Klansman: Race, Hate, and the Undercover Investigation of a Lifetime