Neil Gaiman for the Younger Set

Well known to fans of fantasy, horror, and science fiction, Neil Gaiman has also written many books for children, even preschoolers (really!).

“I wouldn’t be who I am without libraries,” writes author Neil Gaiman. Well known to fans of fantasy, horror, and science fiction, Gaiman is the award winning author of The Graveyard Book, American Gods, and many other works. Born in the United Kingdom (where he spent hours in the local library), Gaiman now lives primarily in the United States. In addition to his well-known books and graphic novels for adults, Gaiman has also written several books for younger readers, including titles perfect for sharing with preschoolers (really!). 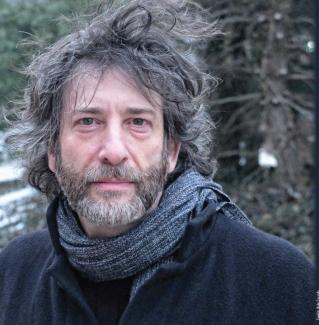 Chu’s Day is a sweet and perfect book to share with a young child.  Chu is a little panda with a big problem: his big sneezes make bad things happen. Will Chu be able to hold his sneeze in? What happens if can’t? The simple text is ideal for the shorter attention spans of young pre-readers. The illustrations often focus on Chu in a white background, but make use of whimsical detail in the larger scenes (how many different animals can you spot?). I particularly love the library scenes (of course). Gaiman has revisited Chu's adventures in two other books, Chu's First Day of School and Chu's Day at the Beach. I particularly like sharing the former book with parents whose children are entering school. You'll have to read it yourself to see how Chu's sneezing comes into play. ;)

Chu's Day at the Beach

Illustrated by one of Gaiman’s frequent collaborators, David McKean, Crazy Hair is a wild rhyming romp through a man’s truly crazy hair. What makes his hair so crazy? Oh, so many things! Butterflies, cockatoos, gorillas, tigers, dancers, and carousels are all contained in the hair on one man’s head. But watch what happens when a well-meaning girl tries to run a comb through the crazy hair! According to Gaiman, the inspiration for this book came from his “odd” hair, which does whatever it wants, particularly in high humidity.

But what if you want to read a book that is perhaps more representative of Gaiman’s reputation for the spooky and macabre, yet still accessible to preschoolers? In that case, dear Reader, The Dangerous Alphabet is the book for you. An alphabet book unlike any other, the text is in fact a long poem make up 26 rhyming couplets. It is the story of “two brave children, their diminutive but no less courageous gazelle, and a large number of extremely dangerous trolls, monsters bugbears, creatures, and other such nastiness.” The rhyming text is not only engaging, but it also features many new vocabulary words to introduce to children. Can you find the mistake, however, in Gaiman’s “dangerous alphabet?”

For more preschool-perfect Neil Gaiman titles, check out the list below. If you are looking for books for readers of all ages, talk to your local librarian! After all, as Gaiman himself says, “librarians want to help you.”

The Day I Swapped My Dad for Two Goldfish

The Wolves in the Wall

Instructions: Everything You'll Need to Know on Your Journey