Celebrate the Creators Who Helped Change the Face of Pop Culture

As we enter the final stretch of Fandom Fest, the team at Nashville Public Library (NPL) would like to thank everyone who joined us to celebrate the wonderful world of fandom over the past few weeks.

But we’re not finished yet! With multiple sessions focused on fandom crafts, game nights, creating comics, and more coming up, there’s still plenty to look forward to.

And since March is also Women’s History Month, it makes perfect sense to bring our celebration to a close by celebrating a few of the many women who have helped make fandom what it is. 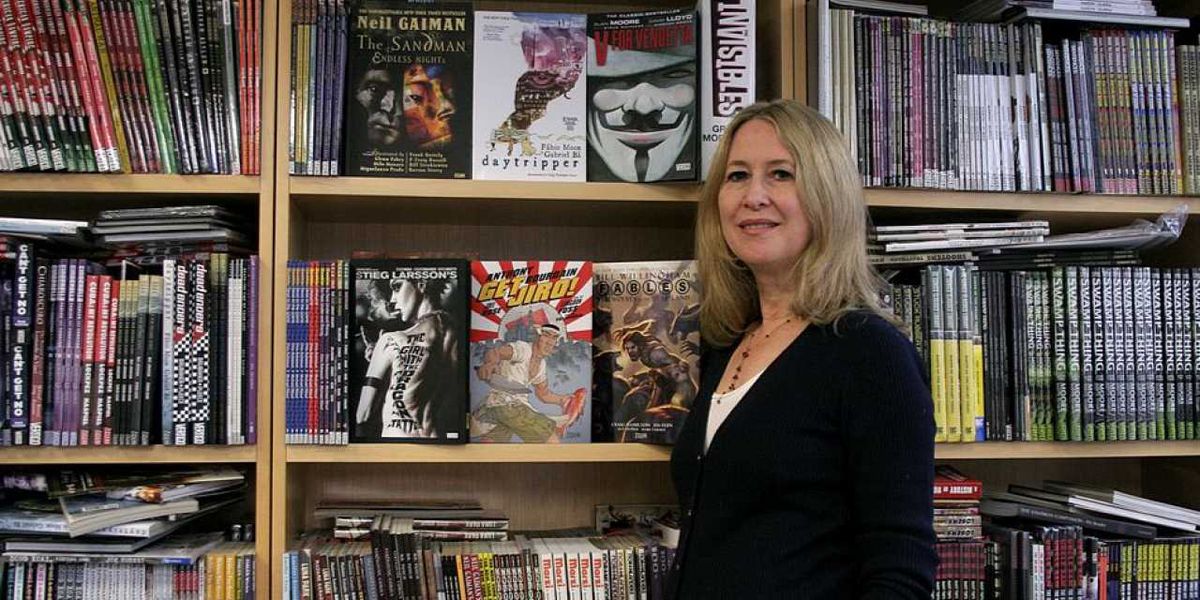 All of these titles are some of the most acclaimed and best-selling comics of the last three decades. As part of DC Comics’s Vertigo imprint, these books helped comics grow from a “those are for kids'' medium into serious literature that dealt with mature themes, introduced new storytelling techniques, and challenged what mainstream America thought comics could do.

And the fact that these titles, and many more, exist is all thanks to Karen Berger.

As one of the founders and the Executive Editor of the Vertigo line, Berger’s contributions to comics and pop culture are immeasurable. It was Berger who encouraged Alan Moore — who would go on to produce the much-lauded Watchmen — to do what he wanted creatively when revamping Saga of the Swamp Thing, resulting in one of the best horror comics ever produced.

It was also Berger who personally called and flew to the U.K. multiple times to recruit creators like Neil Gaiman, Grant Morrison, Peter Milligan, and a slew of other European writers and artists who heralded the “British Invasion” of comics in the late ‘80s. As Vertigo’s Executive Editor, Berger nurtured and guided these creators from “across the pond” as they created some of the most groundbreaking works the medium has ever seen.

In 2013, after more than 30 years with DC Comics and Vertigo, Berger left her position to pursue new opportunities. Today, she oversees the Berger Books line of comics from Dark Horse Comics.

Saga of the Swamp Thing, Book One

The Sandman: Preludes and Nocturnes

Transmetropolitan, Vol. 1: Back on the Street 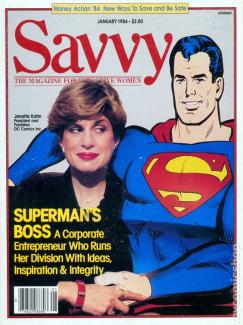 The world of comic book superheroes is filled with individuals who can fly, have phenomenal strength, run faster than the speed of light, and possess other amazing powers.

But even in this world of superpowered beings, Jenette Kahn is a titan.

First joining DC Comics in 1976 as the company’s Publisher, Kahn quickly distinguished herself as a woman of vision and talent, earning a promotion to DC Comics President in 1981. She immediately dove into revamping DC Comics into a sales and creative powerhouse. To encourage creators to do their best, she did away with the work-for-hire contracts that dominated comics at the time, forcing creators to sign away all rights to their work, and replaced them with royalties that paid creators more as their books performed better.

Inspired by the TV miniseries, which was just coming to prominence, Kahn and her staff introduced the concept of limited series to comics. At the time, most comics were launched with the intent that they would continue indefinitely, leading to numerous cancellations and creative stagnation. With this new format, creators could tell powerful stories, with stellar art, in just 3 to 12 issues, without having to commit years of their lives.

In 1989, Khan became Editor-in-Chief of DC, while keeping her President position. Under her stewardship, creators were given even more creative freedom to tell the stories they wanted to tell, tackling issues such as drug addiction, domestic violence, animal abuse, and more. Kahn also oversaw the formation of the Vertigo and Milestone imprints, which introduced new characters, more mature storylines, and most important, more diverse characters and creators.

Kahn left DC in 2002 after more than 25 years to work in film production, where she continues to this day. At the time of her departure, nearly half of DC Comics staff were women, a sharp departure from the decades before, and clear evidence of Kahn’s efforts to modernize the comics industry. For her efforts, Kahn was recognized as a Library of Congress Living Legend in 2000. Additionally, former Presidents Ronald Reagan and Bill Clinton, as well as former Secretary of State Madeleine Albright, all honored Kahn for her initiatives to raise awareness about land mines, gun violence, and other issues in DC’s titles. 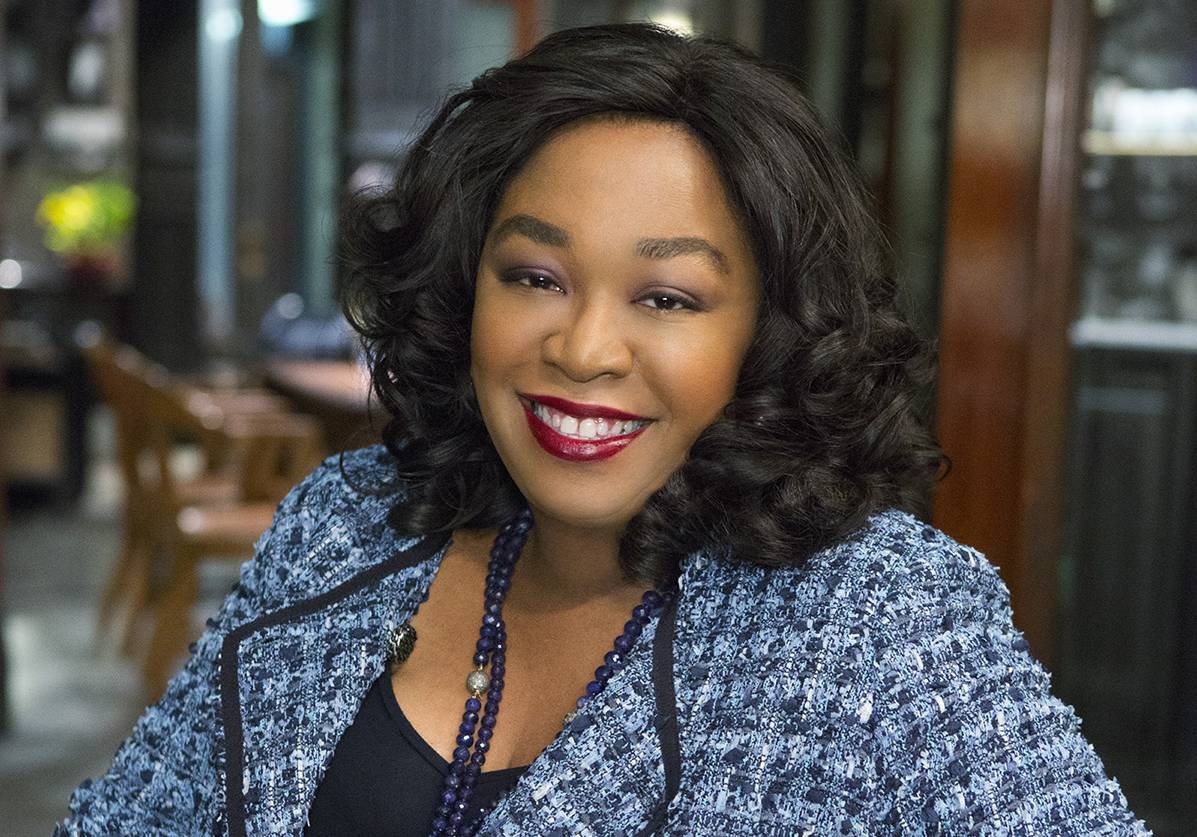 It’s a very difficult thing to create a TV show that people love. It’s harder, still, to maintain that momentum over many years and seasons, keeping your viewers engaged the entire time. And it probably seems impossible to do it for multiple shows in different genres.

Shonda Rhimes has done all that and more. And she makes it look easy.

As the creator and producer of beloved series Grey’s Anatomy, Private Practice, and Scandal, Rhimes has left an imprint on pop culture that few creators ever achieve. Grey’s Anatomy, in particular, is considered a phenomenon that transformed both TV productions and fandom. Aside from introducing the “Mc-” labeling sensation (as in Derek “McDreamy” Shepherd), the show redefined what makes “good” television, and even helped save lives by portraying CPR realistically. First premiering in March 2005, the show continues to this day, with more than 370 episodes aired to date.

Not content to merely be a groundbreaking creator, Rhimes serves as a producer and mentor for others who created their own beloved series, including How to Get Away With Murder and Station 19. Rhimes also created her own production company, Shondaland, to maintain full creative control over projects. In 2017, Rhimes signed a deal to air her future productions exclusively on Netflix. The first of these productions, Bridgerton, was the most-watched Netflix original series launch in history.

With a legacy of incredible shows under her belt, and an arrangement that enables her visions to air on one of the most popular streaming platforms in the world, we can’t wait to see what Shonda Rhimes does next!

How to Get Away With Murder, The Complete First Season 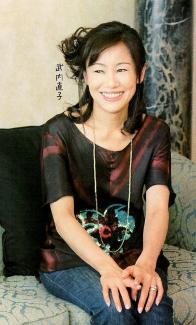 Whether you prefer “fighting evil by moonlight” or “winning love by daylight” (or a little of both!), fans the world over have found plenty to love about Sailor Moon for nearly three decades.

And it’s all thanks to Naoko Tekeuchi, the mangaka who created Sailor Moon.

Inspired by her experiences in high school, her work as a shrine maiden at the Shiba Daijingū shrine, and her interest in science and sci-fi, Takeuchi wanted to create a manga that featured girl fighters with an outer space setting. Encouraged by her editor, Fumio “Osabu” Osano, she opted to put them in “sailor suit” uniforms, which Takeuchi herself had to wear while she was in high school. The result was Sailor V, a one-shot manga that served as the template for what would become Sailor Moon.

Debuting in Japan in 1991 as Pretty Soldier Sailor Moon, the manga became an immense success for publisher Kodansha. An anime TV series was quickly green-lit and aired in March 1992, becoming a smash hit, as well. Both the manga and the anime helped revitalize the magical girl genre and, especially, the shōjo genre, which focuses on female lead characters and topics of interest to women and girls.

As one of the earliest female-led animated series to gain prominence in the U.S., Sailor Moon inspired a whole new generation of women and girls through its depiction of the Sailor Soldiers, who battled evil forces while dealing with everyday issues that many girls learn to navigate, like school, friendships, womanhood, self-doubt, and romance. In doing so, it set an example for women and girls that they could both be confident and strong, while still being as “girly” as they liked.

Today, Sailor Moon is considered a classic of pop culture, having sold more than 35 million copies, and generating more than $13 billion, worldwide. The Sailor Soldiers are often counted as feminist icons, with everyone from cosplayers to comics artists to film producers citing Sailor Moon as a series that left a profound impact on them.