Minecraft, a computer game where everything is made of blocks, is sweeping the nation. Everywhere you look you can find children playing the game, reading the books, or begging adults to buy them Minecraft merchandise at the store. There are many benefits to playing the game, and they can all be summed up in five letters – STEAM. 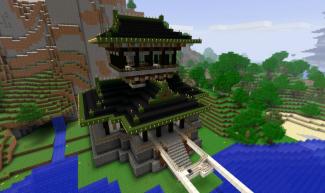 But wait, what is STEAM?

STEAM is an acronym that stands for Science, Technology, Engineering, Art + Design, and Math.

How does STEAM apply to Minecraft?

Science: Players use their knowledge of materials to create different objects, tools, homes, or cities. For example, at the start of the game, players are automatically tasked with digging in order to find the material they need to create with – iron. Then, players smelt their iron – a process of placing iron ore into a forge, heating it up, and waiting for the final product: an ingot. Players can then make tools and other items out of their ingots.

Technology: Minecraft requires some kind of computer device whether it be a desktop, a laptop, a tablet, or a phone. You can access Minecraft anywhere! The benefit of playing Minecraft on different devices is that players learn new technological skills. Players become more adept at using keyboards and mice when playing on a computer. They can also develop their hand-eye coordination by playing on an Xbox or a tablet. Some advanced players may even become proficient at “hacking,” “modding,” or changing the code of the game.

Art + Design: When children and young adults play Minecraft, they will likely spend hours creating the perfect design. They will decide on colors, sizes, placement, etc. for their blocks based on their mined items. Creating their world will help develop architectural skills as they put their blocks together and create different structures and equipment.

Math: Mathematics encompasses more than just using numbers to calculate amounts. It also incorporates logic and reasoning skills. Using logic and reasoning, players determine how to build their world inside Minecraft. Minecraft also helps players understand the concept of graphing because the Minecraft world operates through grids, and it helps them understand geometry using and creating different three-dimensional shapes.

Schools are beginning to acknowledge the many benefits of Minecraft, and the developers of the game have responded by offering a bundle pack available specifically to schools called MinecraftEDU. Some schools are even implementing Minecraft labs for students to use during the day to focus on and build STEAM skills.

Dan Thalkar, a Los Angeles Charter School teacher, believes that Minecraft is successful in classrooms because you can use it for pretty much anything:

“If you want to use it for something for math or for science you can, either just by using the game itself or by modifying it.”1

Minecraft Handbooks for Kids (and Adults)

Cassie is a Children's Librarian at Edmondson Pike Branch Library. She can often be found reading books and singing songs, and not just at the library! Her favorite thing to do at the moment is cuddle her baby while they read phenomenal picture books and earn Read to Rise points.