Keepers of the Flame: Ketch Secor On the Importance of Libraries 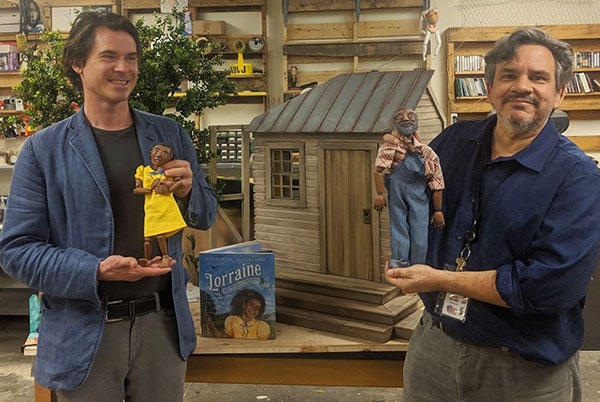 The way Ketch Secor describes the library is that it’s like church — a sacred place for deeper understanding, where all are welcome.

That shared experience, and the access to the heritage of our nation’s communities, have served Secor, frontman of the old-time string band Old Crow Medicine Show, very well.

When you think about it in that context, it makes perfect sense why a man like Secor – who has made music and storytelling his entire life – is such a strong advocate for libraries like our own Nashville Public Library (NPL): we share a common mission.

A Place to Connect with the Past

In his early days, Secor’s local library in Harrisonburg, Virginia, was a place to explore his growing desire for independence. By the time he reached third grade, he was spending a good chunk of his time there.

“The library was the one place where I could say, ‘Mom, I’m going to the library,’ and the response I got was, ‘Okay, be safe,’ and I could just go. I couldn’t say that for anywhere else,” Secor said. “I loved being there because it was a place devoted to learning.”

It was at this center of learning that Secor discovered favorite works such as The Cay by Theodore Taylor, the film adaption of The Bridge on the River Kwai, and other stories that reflected how he felt: like an adventurer.

That love for libraries only grew as Secor set off on his own adventure as a musician. Together with his bandmates, he traveled the United States, stopping in cities across the country to busk, play music festivals, and learn. And in each of them, one of his first stops was always the local library.

Just as critical for Secor, and for library users today, is the connection that libraries offer to our past.

“I learned so much about Nashville’s history from visiting the library. I first learned about the late Dr. Looby simply because I visited the library bearing his name,” Secor said. “I read up on icons like Johnny Cash and Hank Williams there, but I also learned about the Civil Rights Movement, and heroes like John Lewis, by visiting the Civil Rights Room.

“It’s fascinating — you see how Nashville served as a testing ground for civil disobedience before moving into other parts of the South.”

But books and materials aren’t the only connection to the past that libraries offer. As a meeting space for the community, libraries are a place where, as Secor notes, the young and the old connect. Together, they share stories, experiences, and lessons that span decades of history. 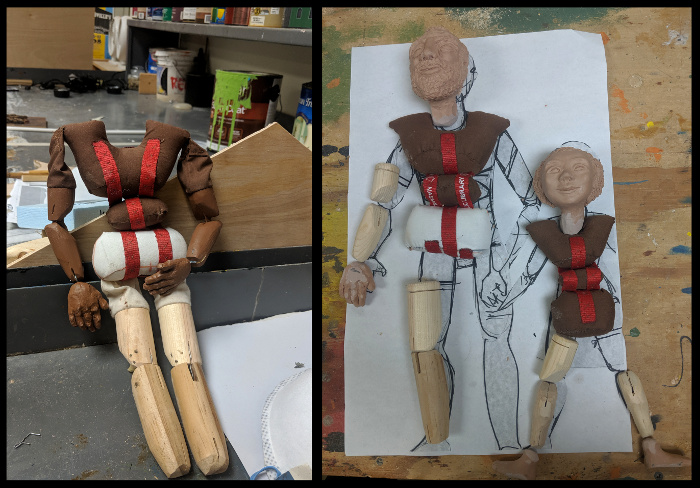 A Place to Learn

When it comes to education, Secor, and the libraries he loves, are some of the strongest advocates you’ll find. He served as one of the founders of the Episcopal School of Nashville, which opened in East Nashville in 2016.

“The library helped me connect with children’s literature and showed me what quality children’s programming looks like. I’m a big fan of Pat Bashir, the children’s librarian at the Main Library. The way she gets in front of all these people and reads to them with such passion is inspiring,” Secor said. “I’ve enjoyed how the library has equipped me and enabled me to champion public education.”

But education doesn’t just include formal learning — it’s also about exploration through story, music, and more. And in Wishing Chair Productions, NPL’s resident puppet troupe, Secor found the perfect collaborators to share a story of his own.

Last year, Secor joined with Wishing Chair to adapt Lorraine: The Girl Who Sang the Storm Away. Secor authored the children’s book, based on an Appalachian folk tale, and with illustrations by Higgins Bond, in 2018. While the Wishing Chair team faithfully recreated Bond’s illustrations in puppet form, Secor provided both the narration and an original song, “You Make the Stars Over Tennessee Shine,” for the production.

Premiering in October 2019, Lorraine quickly became one of Wishing Chair’s most popular shows. For Secor, the experience is one he cherishes.

“I’ve been bringing my kids to the library’s puppet shows for years, and I’m a big fan of what they do,” Secor said. “I’ve learned so much about puppetry through Wishing Chair. That aspect sets NPL apart from 99% of other libraries, simply because of the quality of children’s programming. It serves as a model for others to follow.”

A Place to Find Relief

From his earliest days as a street performer, Secor has held a special place in his heart for the homeless and other marginalized members of society. After all, for a long time, they shared a common experience.

“I’d be staying in these $25 hotels at night, not having a bath for several days, and sweating it out in the summer heat,” Secor said. “That’s what the city’s homeless have to endure every day.”

But there was at least one place where Nashville’s unhoused residents, and its struggling artists, could find some relief: the city’s library.

“The library was a place I could come in to cool off. I didn’t have a computer or cellphone at the time, so I could access the internet and check my email too. There were a lot of folks like me,” Secor said. “I admire libraries because they provide some consistency for people who struggle with consistency in their lives.”

To this day, NPL is proud to open our doors to the city’s disenfranchised. Many of them come to connect to the internet or study to learn a marketable skill. Others are simply seeking some shelter from the elements. No matter the reason, we’re honored to offer space where they can feel welcome.

Secor said that the experience of interacting with folks from all walks of life has been invaluable, not just for him, but for us all.

“Libraries connect the tribe — the homeless, businessmen, college students, everyone,” Secor said. “When I bring my kids, we’re interacting with the homeless and others that society often ignores. That might make some parents uncomfortable, but it’s a great reality check for how some folks have to live.”

A Place to Build the Future

For library visitors, NPL and libraries like it are more than a place to explore what was and what currently is in our world. They’re places where we can shape the world of tomorrow.

“The library is a shining example of how our country and our city got it right,” Secor said. “If we can get the library right, we can get things like housing, schools, and the environment right.”

And he’s proud to be a contributor to what the library does. Each year, NPL joins with the Country Music Hall of Fame and Museum to present String City, an original production that tells the story of Nashville and country music through puppetry.

During String City’s 2019 show, Secor and the rest of Old Crow Medicine Show joined with the Wishing Chair team to knock Nashville off its feet in a sold out performance that raised $32,000 through the Nashville Public Library Foundation (NPLF).

“In the music industry, there seems to be this expectation that you pick your charity. I feel like the library chose me,” Secor said. “There’s a close tie-in between what the library does and what our old-time string band does. Getting to play at String City was just so much fun for us, and what an honor to be able to help the library that we all enjoy.”

For Secor, the chance to build a better tomorrow is at the heart of everything he does, from the music he plays, to the books he writes, to the causes he supports. For him, the library is an essential part of that mission.

“At the core of it, country music artists are educators who keep the dream alive. The music has always addressed what’s topical and relevant to the times. Our job as artists is to be teachers, or more appropriately, flame keepers who share the stories of our communities,” Secor said.

“I need the library so that I can be that flame keeper.” 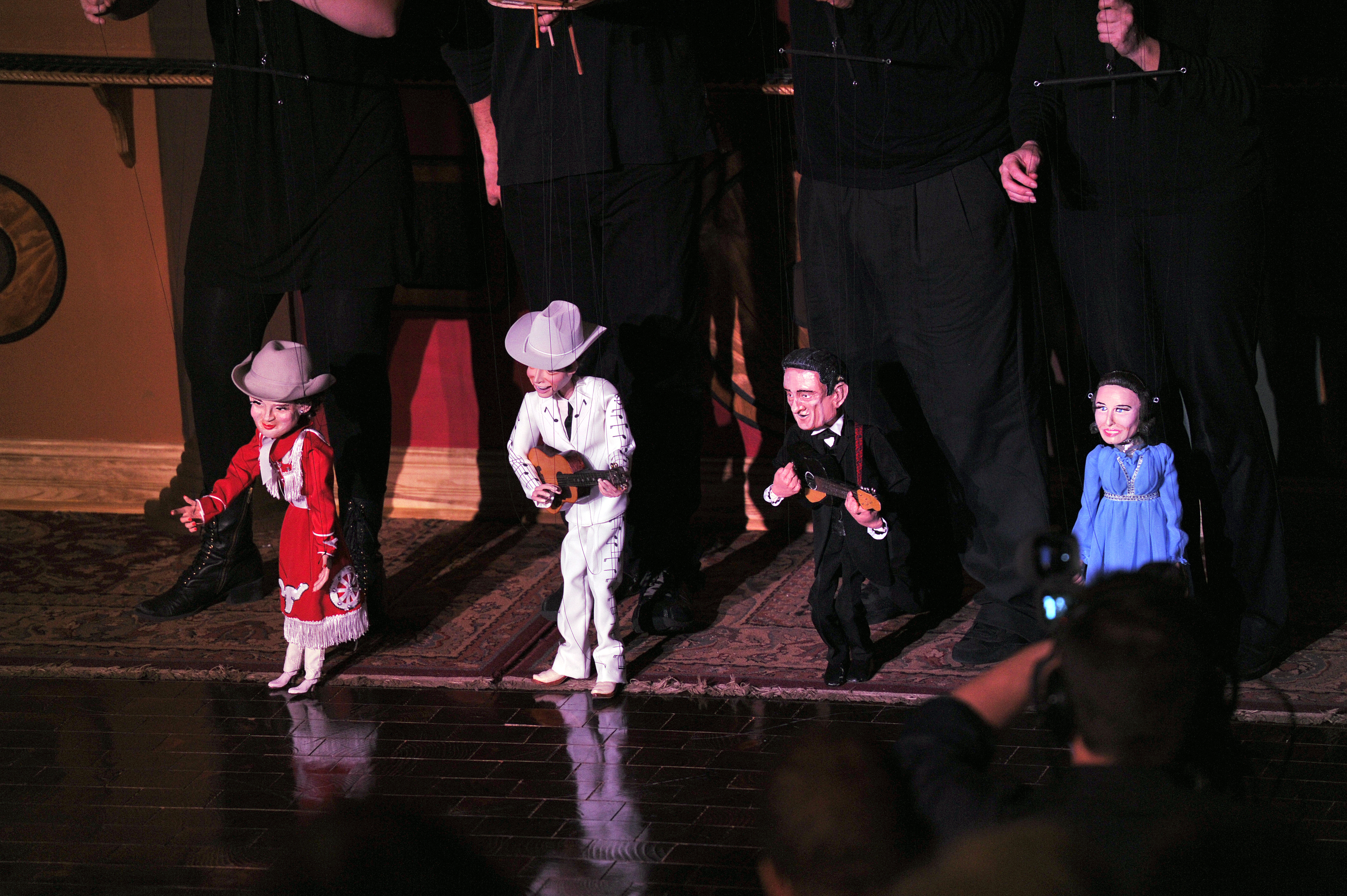 If you’re eager to see Secor and friends perform, and help NPL at the same time, the perfect opportunity is coming up soon.

On Sunday, February 27, Secor and select members of Old Crow Medicine Show will join Wishing Chair Productions, plus musical guest Brittany Kennell, once again for String City. Held this year at the Main Library (615 Church St.), the show’s proceeds go directly to NPLF to support the library’s mission. Ticket prices range from $85 to $1,500 for in-person seats, plus a $75 option to livestream the event.

It’s the history of country music, as only Wishing Chair and Old Crow can tell it, so book your tickets and enjoy the magic of music and puppetry at our library!