In the 1950s and 60s, Church Street was a bustling shopping center that truly went all out for the holiday season. 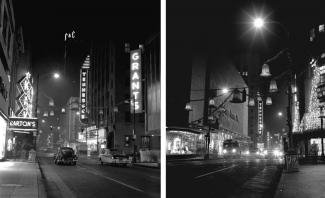 Special Collections’ own Nashville-native Beth Odle mined the Banner archives to pull together an exhibit to inspire holiday cheer. Centered around photographs and a 1956 map, the exhibit highlights downtown Nashville’s role as a busy center of commerce. “The holiday traditions of Nashville, like other cities, brought much anticipation and joy to children and adults alike. Church Street was the place to shop- going downtown in your finest clothes to the locally-owned department stores to admire the creative displays in the windows of Harvey’s, Castner-Knott, and Cain-Sloan. Locals would spend the day shopping, eating at the many restaurants, and watching the latest movie at the Paramount, Tennessee, Loews, or Crescent Theatre. You could also enjoy the Christmas parade- featuring high school and college marching bands, decorated floats and, of course, Santa Claus. These black-and-white photographs from the Nashville Room’s Banner collection capture the lost festivity of Church Street in the 1950s and 1960s- the awed looks of children and the joy of helping other Nashvillians to celebrate the season. The Banner published stories counting down the shopping days: “Festivities to usher in Christmas Season,” “Gala Event,” “Christmas Cures ill, at least temporarily,” “Old Santa’s back in town to open Christmas Season.” By the late 1960s, downtown began to change. The building of two large suburban shopping centers in 1967 and 1968 and more outlets for entertainment made some of the old traditions seem out of step. However, that time with its innocent excitement will live in the hearts of many. Today downtown Nashville has been experiencing a new chapter in its life.” 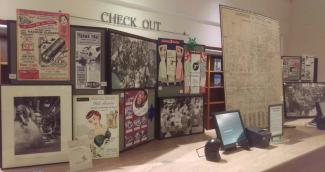 Looking closely at the intersection of Church Street and Capitol Blvd, you can see the 1956 inhabitants of the 600 block- Main Public Library’s current home. 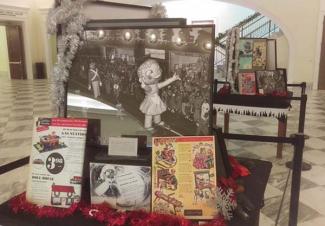 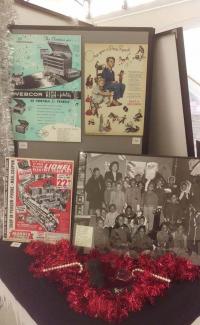 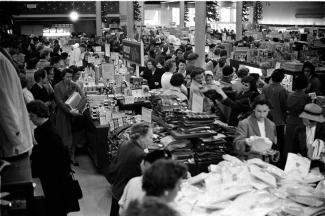